Apocalypse is a third-person shooter. It is most widely known for its use of both Bruce Willis' voice and likeness.

Apocalypse is a 3D shooter for the PlayStation, known mostly for its involvement with Bruce Willis. Originally, Bruce Willis was only going to be your sidekick in the game, but they decided that people would rather play as Bruce than with Bruce. This decision ended up making Bruce Willis the main protagonist of the game, the properly and generically named Trey Kincaid. This last-minute decision ended up hurting the game, rather than making it better. All of the dialogue recorded by Willis stood out in a bad way for obvious reasons. Since Willis was originally pegged only as the wise-cracking sidekick, none of his dialogue quite fits with the character and it feels like he's talking to someone who isn't there. It doesn't help that the dialogue was poorly written as well. Expect to hear "original" writing along the lines of "Open up a can of whoop-ass" and other such memorable catch-phrases. All the trouble that went into plugging Bruce Willis as the star of the game was mostly a waste since the in-game model barely resembled the actor.

Apocalypse takes place on an alien colony where religion is the dominant cultural force and science is considered to be the work of the devil. This is mainly due to the Reverend's teachings. His version of the gospel is widely accepted by billions of desperate men and women and leads to the banning of science. After gaining the trust of the majority of society, the Reverend uses the very science he condemned to create his own version of the Apocalypse. The only man who can stop the Reverend's evil ways is Trey Kincaid, a top scientist in the research of nanotechnology.

The Reverend orders his "disciples" to break into Kincaid's lab, steal his research and lock him up in prison. Kincaid finds out about the Reverend's evil plan during the capture and proceeds to break out of prison and fight his way to the Reverend's doorstep. Kincaid battles his way through the streets and sewers until arriving at his final destination: his planet's version of the White House. The White House is where the fate of mankind will be written; either Kincaid saves the day, or the Apocalypse comes to fruition.

The game plays a lot like Smash TV and Robotron; you move with the left analog stick and fire with the right analog stick. You could also change the controls and use the D-pad to move while shooting with the four face buttons. The biggest difference from those previously mentioned games is the fact that you have the ability to jump, which is similar to ASC Games' One. The frame rate is relatively solid and only drops in the most hectic of situations.

Trey Kincaid (voiced by Bruce Willis): Once a great scientist, Trey Kincaid is now a lone rebel and on the run from Apocalypse's antagonist, Reverend. Trey helped contribute to a breakthrough in nanotechnology, which has now given mankind the ability to create complex machinery on a molecular level. Trey believed that this technology would lead to many great things, but his dreams soon came crashing down. Trey decides to fight back after his lab is broken into and all his research is stolen. Trey Kincaid is the only man who may stand a chance at stopping the end of the world.

Reverend (voiced by Joe Frank): The game's main antagonist, Reverend is also a great scientist who creates a theocracy based around the inevitable apocalypse. He uses his scientific ability to create the four Horsemen of the Apocalypse: War, Plague, Beast, and Death. He does this to make sure that the Apocalypse does happen and locks up Trey to make sure this plan can't be stopped. Though he publicly called science the work of the devil; he privately followed the research of his ex-colleague Trey Kincaid.

Horsemen of the Apocalypse:

The game featured a few songs from notable artists to help make it feel more like a big-budget film. Those songs include: 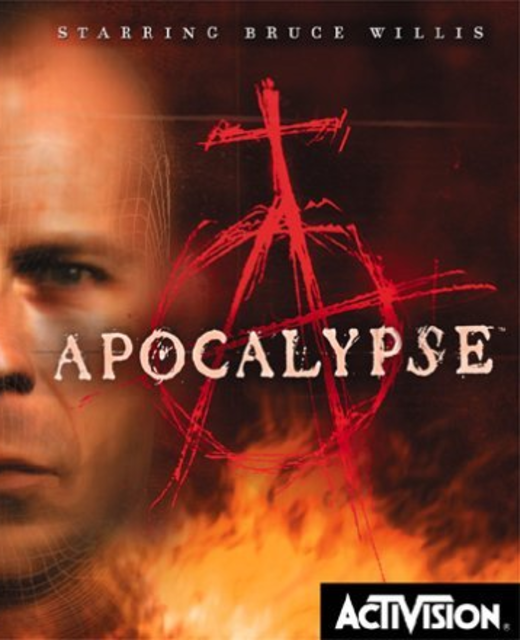