A mobile RPG from CyGames and Nintendo.

Dragalia Lost is a Free To Play action RPG that was made in collaboration between CyGames and Nintendo. It features a gatcha system to collect new units. Along with various systems other than the main top down dungeon crawling mode. Which include crafting new weapons, building a castle, raising the affection of dragons and powering up units.

The main narrative follows the seventh prince of Alberia who has went out to form a pact with a dragon. After claiming that right things start spiraling out of control and the forgotten empire has been revived by his "father" along with claiming that he is a traitor. It is now up to him to journey through the land to restore the peace that was lost.

The gist of the gameplay is using the touch screen to move units around in a mini top down dungeon. Taping the screen will preform a simple 3 hit combo while quickly swiping will cause the unit to do a dodge roll. Touch and holding the screen will let units to perform a guard break attack. Each character also has a special move that can be used by taping on a icon once it fills up via attacking enemies. Along with all of this the player also has access to a dragon form that can be summoned for a limited time.

While not dungeon crawling the player also has access to various menus that can assist in different ways.Summoning is the standard gatcha like system that the player can use via wyrmite or diamantium which is a type of currency that can only be bought with real money. Unlike other games like this 3 types of units can be summoned. Characters, skills and dragons will all be summoned at the same time. The rates for getting a 5 star are very low at only 2% which is also split 3 ways per unit. Although it will go up slightly the longer you don't get one.

The castle menu gives access to upgrading a castle that the player will obtain at the end of the first chapter. It is set up similarly to other town upgrade games. A assortment of buildings can be built on a timer to make fights in the main game easier. Like giving flame units more heath or just access to more cash. Rasing the affection of any collected Dragons is available here too. The higher the affection the longer it is possible to summon them plus each level up earns the player some items too. A bunch of character stories are accessed here too. Which give a bit of backstory of each summoned character.

Upgrading units and managing the team of 4 the player can take into battle is possible as well. With enemies having a element type it seems advantageous to have a assortment of different elemental characters/dragons. Different items must be collected to power up units. Which are obtained via the main mode.

Tales of Link Tales of Luminaria 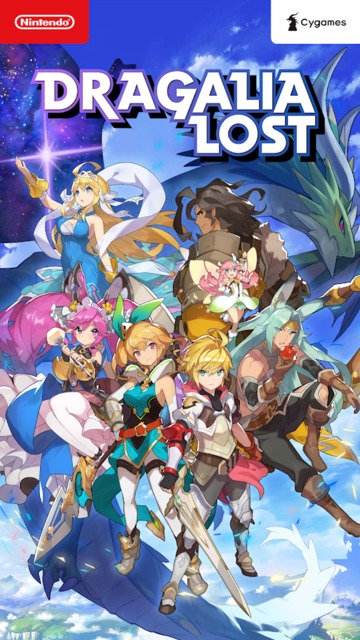