Thrash and bash your way through this violent motorcycle racing game created by Electronic Arts.

Road Rash II is a motorcycle-racing video game developed and published by Electronic Arts. Players participate in violent, illegal street races to win championships and earn money, which is used to repair the motorcycle, pay bail, or buy new motorcycles. The game was released in December 1992 in Europe and North America, and July 1993 in Japan.

The gameplay in Road Rash II is presented in a third-person view, with the camera directly behind the player. The objective of the game is to beat other racers to the finish line and avoid both obstacles and police officers. The player starts off with just their fists for protection, but other racers may have weapons at their disposal, which may then be stolen by the player. Getting hit by weapons or crashing into obstacles will cause the health bar to deplete.

After running out of health, the player's motorcycle breaks down and the race is over. If the player crashes or stops completely while a police officer is chasing them, they will be arrested and taken to the police station, where they will be charged a fee before being released. If the player runs out of money for repairs or police fines, the game is over. 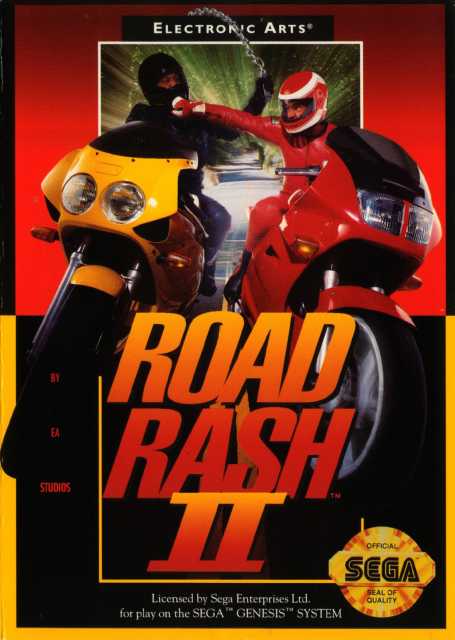