Abuse is a sidescrolling action game developed by Crack Dot Com and released for PC, Linux, and Mac -- the Macintosh port was handled by Bungie and featured several enhancements over the original, most of them graphical in nature. The game started out as a shareware project before it was completed and officially published by Electronic Arts. Much of the game's logic was scripted through a dialect of the Lisp programming language.

Abuse has been public domain for nearly 10 years now, although the game's data files were not released beyond the original shareware content. Most of the developments from the released source code have involved graphic tweaks and enhanced networking for modern computers, given that the original game ran on MS-DOS.

Players control Nick Vrenna, wrongly imprisoned in a facility where the staff perform ridiculously unethical experiments on the inmates. Abuse is the nickname of the effects of one particularly nasty experiment that goes awry, and Nick is one of the few who is not affected by the aggressive mutation. Naturally, it's up to Nick to destroy every living source of the mutation and escape from prison with the same broad stroke. There are rumors that the original story involved aliens but was changed for unknown reasons during the production process - it's not an unsubstantiated rumor, as many of the 'mutants' do look more alien than human in nature, but for a game that excels at blowing stuff up, the underlying plot is secondary in nature.

Glancing at a screen shot, Abuse looks like a Contra clone. Playing Abuse makes it plainly obvious that the two games play nothing alike - it controls like a FPS in that the arrow keys handle movement and the mouse aims and shoots. Levels are designed to take advantage of that fact, as enemies come from every different direction and there are quite a few segments that pit the player against a horde of oncoming aliens and the only hope of survival is to shoot while running away in the opposite direction.

The weapons have a bit of FPS influence and use rudimentary physics. The starting weapon is a laser pistol, which has unlimited ammo. Other weapons are picked up as power-ups, a la Contra, but players can freely switch between them with the number keys. Most prominent of these are the explosive weapons - the grenade launcher fires in an arc and takes some practice to aim with any degree of proficiency. The rocket launcher, which players acquire later in the game, however, is much more point and click, and its impact will burst mutants into chunks.

The game also features numerous switches and elevators and teleporters, and has a lot of old-school hidden passages that are usually marked by cracks in walls. Shooting the cracks opens up the secrets, which range in reward from ammunition for various weapons to teleporters that allow players to skip portions of levels.

The game is saved via wall panels that act like switches. Death can also be postponed by picking up health power-ups and shields, which are very handy when pitted against enemies that throw explosives. 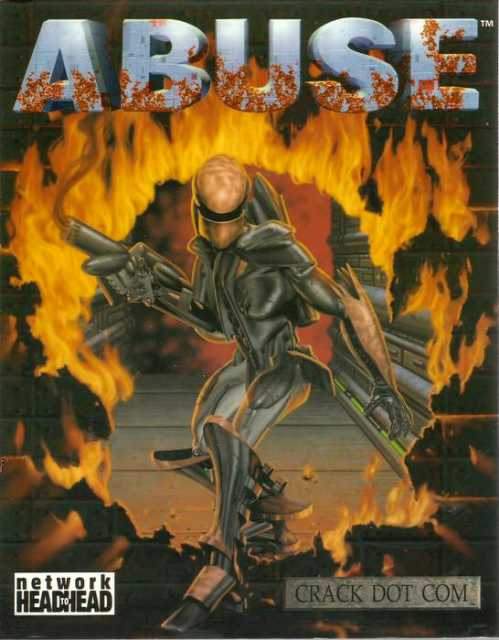