Loaded was released for the PlayStation near launch, and was met with decent sales and moderately good reviews. Loaded features very simple over head gameplay similar much to that of games like Gauntlet or Project Overkill. The gameplay is simple two dimensional, in which you seek out color marked keys to unlock the color corresponding door. There are different enemy types throughout the games 15 stages all of which die rather easily. You pick from one of 6 characters, all with their own unique look, weapon and abilities. Movement in the game is done through the use of the D-Pad, and players may only move in one of 8 basic directions. Players used their one weapon attack and had one special attack, that was usually a bomb style weapon. There was no jumping or anything else along those lines, but it was simple clean fun. Much like a bloody version of Gauntlet, players could co-op with one other friend. The game's sales were satisfactory enough to produce a sequel, Reloaded.

The Soundtrack was original but was considered to be one of the finest parts of the overall package. The game's CDROM could be used as an audio CD and contained the games 25 songs. They were written by several real world DJs, including Pop Will Eat Itself. 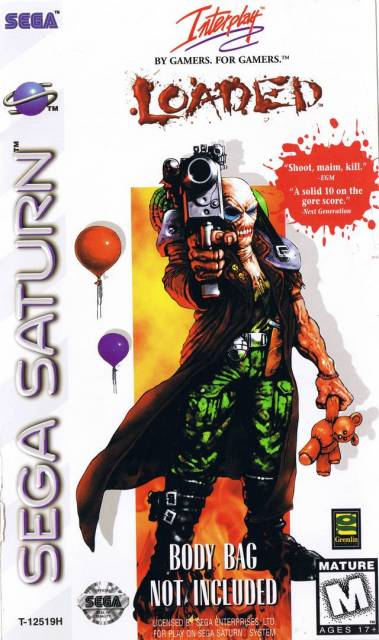