A once-Stadia exclusive third entry into the Orcs Must Die! series.

Orcs Must Die! 3 is the latest and fourth instalment in the Orcs Must Die! Franchise. It has gone back to its roots from the first two games, and offers, more traps, weapons, trinkets and upgrades.

Set 20 years after the events of Orcs Must Die! 2 (and sometime after Orcs Must Die! Unchained OMDU), the War Mage (Maximillian), and Sorceress (Gabriella) have rebuilt the order and trained new apprentices, Egan and Kelsey.

Orcs Must Die! 3, is very similar to the original and its sequel leaving behind the MOBA/Sabotage modes introduced in OMDU. Instead focusing on the campaign, weekly challenges and an Endless mode.

Using a loadout of traps, trinkets, and weapons, players will need to protect the rift from the invading enemy Orcs. Each scenario has either one or multiple gates in which the enemies will enter from. Using the chosen loadout, players will be able to slay the Orcs in a number of fashions: zigzagging them into their death, creating a corridor of traps, becoming a one-man-army, there are multiple ways of dealing with approaching forces.

Two-player co-op is also available on any of the scenarios, endless or weekly challenges. It’s worth nothing however, enemies on that scenario will slightly change to become more challenging. 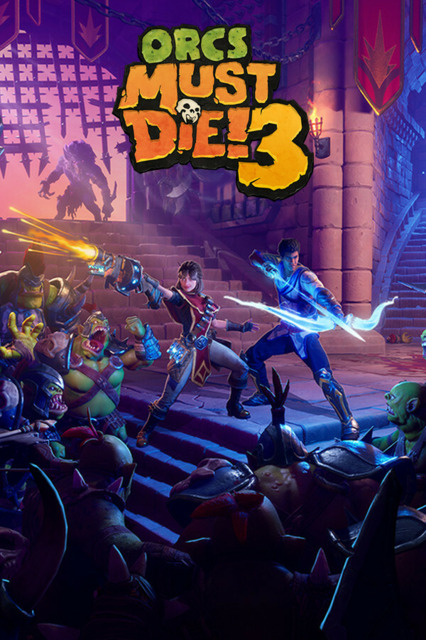