A murdered prince makes a deal with the Devil to avenge his death and receives control of the Castle of the Damned. The player moves around the castle in first person while using traps to fend off invaders.

Tecmo's Deception takes place in the Castle of the Damned, where your character has been executed after your brother Yurias framed you for the death of your father. In the meantime, Yurias has taken your fiancee Fiana to be his own in the event of your death. The only way for you to come back is to make a deal with Satan to bring you back to life and make you the new Master of the Castle. After your revival, you notice many visitors coming into the castle for varying reasons, and you must choose whether to set traps and kill them or allow them to escape. Your main goal in Deception is to exact revenge against your brother, while Satan is using you to bring his dark powers to the world. The game's storyline contains many Satanic references, and although the game was originally rated Teen, it contained an additional warning on the back of the case pointing out these references.

A slew of traps are at your disposal, with the ability to upgrade any of these traps up to two times afterward. Some of the traps include:

These traps have been heavily criticized by fans of the franchise for being too weak when compared to the three sequels. The traps can break and do not offer 100% success rates, so you have to use a combination of traps in order to take out your intruders. In order to lay out traps, however, you will need Magic Points and Gold. Both of these are gained when you kill an intruder and take their soul.


An example of a werewolf and intruder in-game

Monsters After dispatching your intruders, you can use their body parts to create monsters. These monsters can be used in conjunction with your traps in order to increase your success rates and deal extra damage. These monsters range from zombies and werewolves to golems and a super monster called The Red Dragon. The game is known for glitching out during this creation mode, so saving your game before creation is highly recommended.

Without intruders, there would be nothing to really do in Deception but walk around. Many intruders come into your Castle for their own purposes, from pure greed and scavenging to things as small as shelter for the night. As you encounter all of these intruders, you will have the choice to either help them or kill them. This creates a bit of a moral dilemma for the player, as there are consequences for being either good or evil. Letting them go could bring trouble to the Castle as they will expose the Satanic happenings of your abode, while playing as a bad guy brings you closer to Satan unleashing his darkness. Besides the main intruders that make up the bulk of the game (including intruders that HAVE to be killed in order to advance), there are also secret intruders that can be unlocked after meeting specific requirements. One example is an alien you can lure in with a "nice" mask, but they are immune to bear traps and pits since they float.

When the game was being rated by the ESRB, it was noted that there was little about the game that would warrant a Mature rating. However, the game contained a heavy amount of Satanic references, even pointing out that the Devil is specifically named as Satan in the instruction manual with the packaging. In the end, the game was released with a T for Teen rating, but an additional warning label was placed on the back of the case.
Dungeon Keeper Tenchu: Shadow Assault Dungeon Keeper: The Deeper Dungeons Orcs Must Die! 2 Night Trap Home Alone Spy vs. Spy 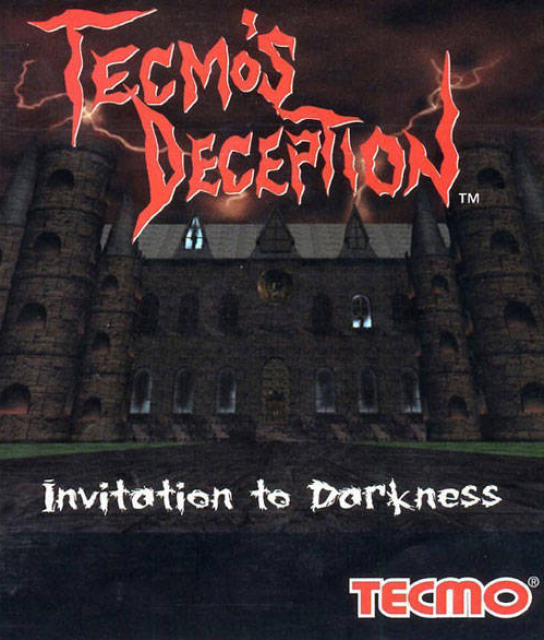