Tom Clancy's Rainbow Six puts the player in charge of an elite international team of counter terrorist operatives in a title that emphasizes planning, stealth, and tactics.

Tom Clancy's Rainbow Six in a 1998 video game based on the novel bearing the same name by author Tom Clancy. The video game shares many themes with the novel, including a heavy emphasis on terrorism and anti-terrorism, covert operations, and international politics. Rainbow Six has been ported to many consoles following its original PC release. Depending on the console, Rainbow Six is played in either a first-person or third-person perspective, allowing players to take the role of a covert anti-terrorist heading into action and giving commands to teammates in order to tactically defeat the enemy. The PC version was developed and published by Red Storm Entertainment, except in Europe where it was published by Ubisoft.

Team Rainbow is an elite international group of anti-terrorist experts, covertly sent on missions around the world in an attempt to smother out the flames of rising terrorism. The team is often assigned hostage rescue missions from director John Clark, during the course of which Rainbow is alerted to the actions of a radial terrorist organization the Phoenix Group.

During several mission infiltrating the many bases of operation for the Phoenix Group, team Rainbow successfully gathers intelligence from the Phoenix Group’s biological research facility. It is revealed that the terrorist organization is planning to unleash a biological weapon at the 2000 Summer Olympics in Sydney, Australia.

Team Rainbow immediately prepares to infiltrate the large underground network of the Olympic Village, seeking the location of the weapon, and thwarting the Phoenix Group’s plans. The Rainbow Team concludes it’s mission against the Phoenix Group by entering the group’s main facilities, resembling an ecosphere for botanical and viral research. Team Rainbow successfully incapacitates the enemy leader, taking out a major threat to world peace.

The gameplay in Rainbow Six forces players to strictly plan each mission, examining every tactical angle before thrown into action. Levels are prefaced with briefings that provide the player with a map of the area, suspected locations of terrorists and hostages, and entry and exit points. The player is encouraged to plot their own waypoints on the map, while choosing different alert status for the team (i.e, “escort” or “engage”). However, stock execution plans are available in the player chooses to bypass the planning stage.

Four teams are at disposal to the player, one of which is in direct control through either first person or third person view. Sixteen individual members comprise Rainbow Six, each of which can be either promoted or assigned to different color coded teams, such as Gold, Red, Blue and Green.

Once the mission has begun, players have access to the wide range of weapons chose during planning. For example, flashbangs temporarily debilitate enemies, which is the player’s advantage when approaching guarded hostages. The player also has the ability to advance other teams in the field, either by switching the control and view to a different colored team, or executing Go-Codes such as “Advance” or “Hold Position.”

When a team member of Rainbow is incapacitated by the enemy, vital signs display the status of the downed member. If a member has been killed, he or she will be unavailable for the roster for the remainder of the game. Incapacitated members must wait to recover at least one following mission before returning to action.

Rainbow Six is notable for it’s online multiplayer during a time when internet gaming was in its early stages. Many maps were multiplayer specific for the PC, such as City Street Large, a training level.

Multiplayer on the console was limited to split screen co-op gameplay. Each player controlled one of the colored Rainbow teams, coordinating infiltration of dangerous areas and evacuation of multiple hostages.

The Nintendo 64 version made use of nearly every button on the controller, forcing players to constantly switch between the middle and left handle. Aiming was controlled with the analog stick, for example, while reloading was designated to the left shoulder button. The Nintendo 64 version received both criticism and praise for this control scheme, as critics cited the layout’s awkwardness, while the positive reviews noted a parallel to real world actions. It was developed by Saffire. 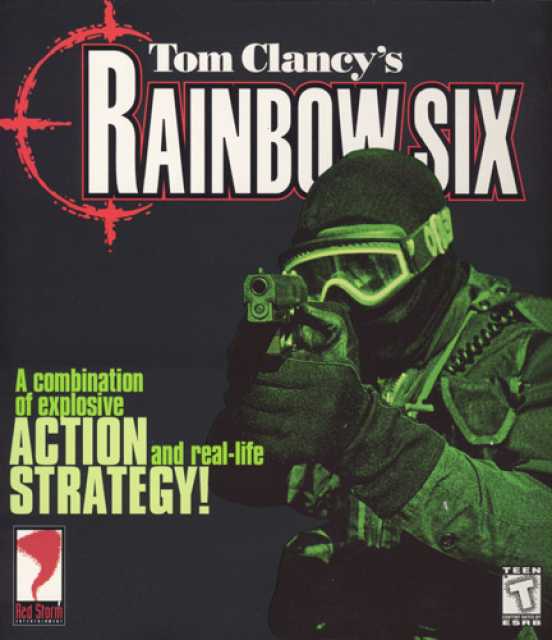