NBA Street is the first in a successful series of three-on-three arcade-style basketball games.
PlayStation 2

NBA Street fuses the star power of the NBA with the showmanship of streetball. The game consists of three-on-three games to 21 points, where inside shots and dunks count as a single point and long-range shots count for two. Players are also encouraged to rack up trick points, which you can get from tricky ball handling combined with flashy dunks. Once the player racks up enough trick points, a “gamebreaker” can be initiated. Gamebreakers are special shots/dunks that add to your score, subtract from the opposition’s score, are guaranteed to go in, and are given a mini cutscene for effect. NBA Street also features a “Create a Baller” mode in which you create your own character to play as. As the players' team defeats each NBA team, the player can either choose an NBA player from the team they just beat, or opt to take "development points" to make their created player better. By the end of the game, the player will have all the best NBA and street players at their disposal.

In story mode, the player must defeat that court’s “Street Legend.” They act as bosses, and can be added to your squad once you defeat them.

NBA Street featured a dynamic soundtrack that would change on the fly depending on the pace of the game. The more tricks and points you achieve, the music tempo will increase and match your on screen actions. If the game is slow paced and no big tricks combos are completed, then expect a mellow soundtrack.

When the PS2 version was released Game Informer gave the review scores of 9.25 and 9.25. Matt Helgeson wrote, "...playground basketball gets a much-needed jolt of energy with the release of NBA Street. Put simply, this game is a joy to play, and it's fluid control, sharp AI, and wealth of special moves make precursors like NBA Jam look silly by comparison... some of the best animation I've ever seen in a sports game, a number of great play modes, and a cool reward system, NBA Street is an early frontrunner for Sports Game of the Year".

Justin added, "...modes, commentary, graphics, AI and every other facet couldn't be much better. A manual replay feature is about the only thing I could ask for... my favorite PS2 game thus far...". 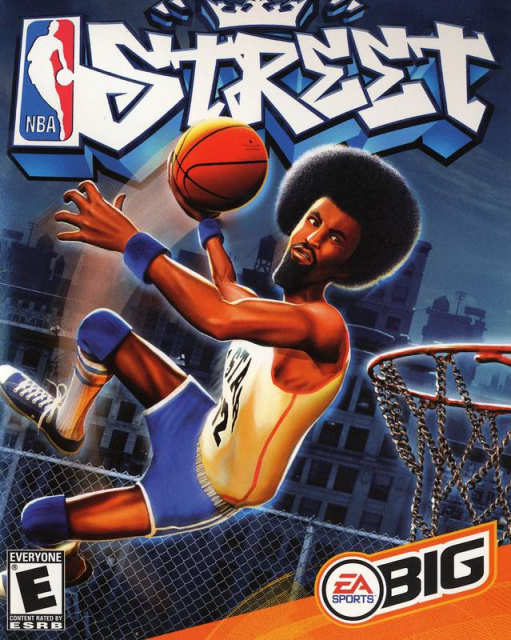