Trapt is a PlayStation 2 strategy/action game which follows the wrongfully accused Princess Alura as she utilizes a variety of traps to defend herself from legions of assassins.
PlayStation 2 PlayStation Network (PS3)

Trapt, originally released in Japan as Kagero II: Dark Illusion, is a strategy/action game developed and published by Tecmo. It was released on the PlayStation 2 on June 6, 2005 in Japan and on November 1, 2005 in North America. The game plays from a third-person perspective when in direct control of the game's protagonist and from an overhead, grid-based view when setting up obstacles and traps.

The game received mixed and poor reviews. Players and critics expressed disappointment over the game's poor localization, limited number of options regarding traps and objects, poor enemy A.I. and other shortcomings. The sparse positives included the unique setting and gameplay and the plodding yet interesting storyline.

Players purchase, create and equip traps for Allura to use in missions. Missions take place in locales ranging from sewers and gardens to grand stairwells and torture rooms. The core gameplay involves the player traversing these environments looking for the optimal places and ways to dispatch all pursuing enemies. Traps are divided into three categories depending on the place they are designed for. (wall, ceiling, floor). Some rooms have powerful pre-set traps known as Dark Illusions which the player can utilize if certain prerequisites are met.

Players are encouraged to use more intricate "trap combos" to kill the enemies by granting them extra Warl, the game's currency. Warl is used to purchase new traps and keys to new wings of the castle complete with their unique Dark Illusion traps.

Several side stories are present which flesh out some of the backstory and allow the player to earn extra Warl for use in the main storyline missions.

The heroine of the story, and princess of King Olaf's kingdom. She is wrongfully accused of murdering her father, and thus must flee the castle. After escaping she's granted the ability to set traps by a mysterious fiend, and returns to the castle to right the wrongs her family has faced.

King Olaf's second wife, and Princess Allura's stepmother. Olaf's constant longing for his previous wife resulted in an emotionally scarred Catalina, and bred a strong resentment towards Allura. Catalina takes advantage of the now feeble king at every turn, and has hatched a coup to claim the kingdom for herself.

The player takes control of Princess Allura. She's recently been framed for the murder of her father, King Olaf. On the night of her father's murder, Princess Allura is accused of being the murderer by her stepmother Catalina. With the aid of her close friend Rachel, Allura escapes the castle into the forest. While fleeing from assassins, Allura is granted the ability to set otherworldly traps by a mysterious fiend, which she can utilize to destroy her foes. Allura heads back to the castle to stop Catalina's evil plot and reclaim what's rightfully hers. 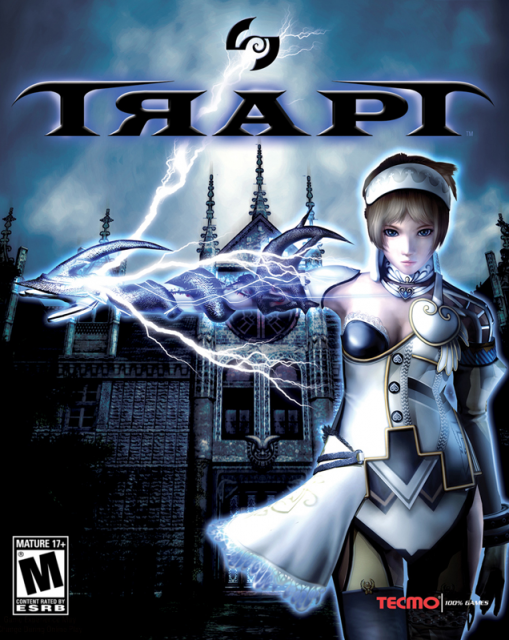