Road Rash is a motorcycle racing game with the unique feature of being able to attack rivals while you race at high speed. Do whatever it takes to win. Even if that means clubbing or booting your opponents into the tarmac with a baseball bat!

Road Rash is a combat racing game originally developed and published by Electronic Arts. Competitors race on motorcycles and are given free reign to attack one another, either by ramming into them with their vehicles or punching them once they're close enough.

The game debuted on the Sega Genesis in 1991, taking advantage of the platform's aggressive marketing in the west as the home for a rough and tumble vehicular combat game. This version of the game was later ported to the Sega Master System, Sega Game Gear, and Nintendo Game Boy as well as 16-bit home computers. It would also, along with its two sequels, appear in the PSP compilation EA Replay.

An updated version was released in 1995 for CD-based platforms Sony PlayStation, Sega CD, Sega Saturn, and the 3DO. This version takes advantage of the CD format with FMV cutscenes between races and CD quality audio. 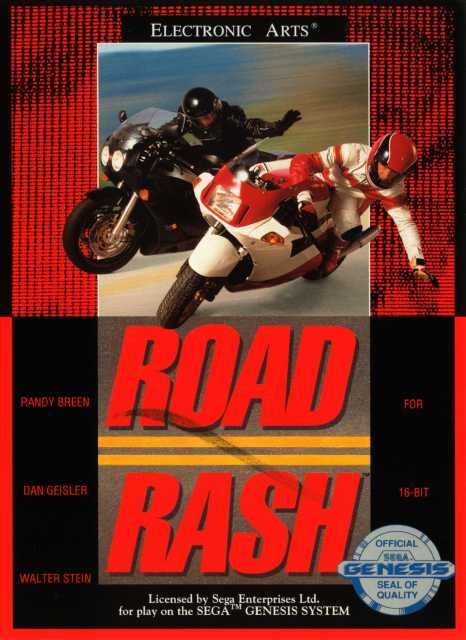