ONE is a 1997 third-person shooter game for the PlayStation. It follows the story of John Cain, who wakes in an apartment to discover that one of his arms has been replaced with a gun.

ONE is a third-person action shooter developed by Visual Concepts exclusively for the PlayStation. It was released on 30 November 1997.

The game's protagonist is John Cain, a man who awakens in a mysterious apartment to find that one of his arms has been replaced with a gun. John leaves the apartment building and is chased by military personnel. The game follows him as he fights these mysterious attackers while he tries to find out who did this to him.

ONE is a typical third-person shooter for the time. The camera is pulled back behind the character who can attack enemies using either his arm-gun or combos of punches and kicks. The game has 6 levels, each with a boss fight at the end. The bosses were not susceptible to gunfire and had to be defeated by making clever use of the environment.

The graphics for ONE were extremely good for the time. It has some of the best-looking explosions and animation on the PlayStation.

The game was poorly received by most critics. The major complaints about the game were that it was initially too difficult and didn't introduce gameplay properly, forcing the player to simply die over and over until they got it right. Critics also mention the game's poor controls and spacing of save points as negative factors. 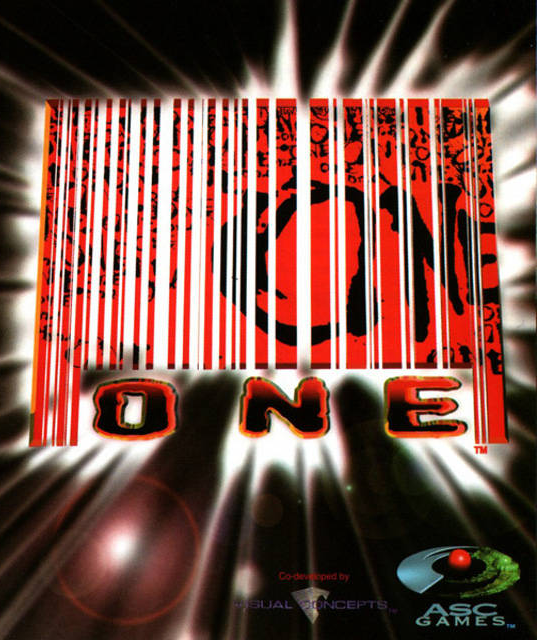