Tail Concerto is a 3D platformer that tells the story of Waffle, a dog police officer who is unwittingly tasked with getting to the bottom of the evil plans of a cat named Fool.

Welcome to Prairie (Prerir), a set of floating islands that are home to two races derived from our own cats and dogs. The dark past of Prairie tells us of the war that waged between the two, ultimately crowning the dogs who outnumbered the cats almost 3 to 1. The game starts fairly simply with our main protagonist, Waffle the dog police officer, waking up to the sound of the telephone. The Police chief has some dire news: Resaca, a nearby town, is currently being attacked by the black cats gang!

As his dreams of a day off fades away, Waffle embarks on what could be the adventure of a lifetime, encountering along the way some long lost friends and newfound enemies.

Waffle is the hero of this tale. Working as a police officer, he has a great sense of justice and his selfless nature tends to get him both recognition and troubles. He is currently working hard for a well-earned vacation.

The hard type, Chief is responsible for giving Waffle his missions and updates throughout the game.

Leader of the Black Cat's gang, she is also one of Waffle's childhood friends. Working for the freedom of her people, hating the dogs as much as possible, she tries to acquire the five artifact jewels, believing in their power to bring the dog's domination to an end.

Rescued by Waffle, she is a unique princess that develops feelings for our furry little friend.

Weapons dealer and relics merchant extraordinaire, Fool asked the Priss sisters to collect the five jewels. He seeks the resurrection of an ancient evil, The Iron Giant, to use it in his plans for domination over Prairie.

Most of the game will take place inside your mecha, an automated armor that Waffles uses to protect himself and enhance his abilities. The Suit allows for jumping and hanging, is equipped with a bubble cannon and will later be upgraded with a jetpack.

The main goal of Waffle throughout the game will be to catch the rebellious kittens with the help of his bubble cannon.

The controls are fairly simple, and are explained here:

Square: Bubble Canon. Hold it to see the path of the capture bubble.

When the Jet pack is equipped, press the cross button twice and hold to start flying, steering and changing the altitude with the d-pad.

The intro song is performed by

The title of the song is 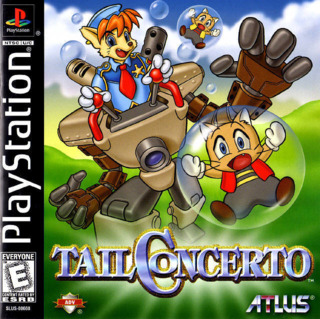