Ninja Kid (Gegege no Kitarou) is a NES platformer published by Bandai. As with Super Mario Bros 2, Ninja Kid went through some significant changes for its US release.

Ninja Kid is a ninja-themed action platformer from Bandai. However, in Japan, it is called Gegege no Kitarou: Youkai Daimakyou ("Gegege no Kitarou: Great Ghost Haunts of Evil Men") and is based on a manga and anime about a young youkai (Japanese ghost or spirit) trying to prevent an all out war between the youkai and the humans.

Bandai was very much in the licensed game market back in the NES era, and so would produce many games based on popular anime licenses. Though keen to increase sales by publishing the game overseas, Bandai felt the Gegege no Kitarou license had little to no recognition in the States, so they changed a considerable amount of the resources to create a ninja-themed game instead, as ninjas were popular at the time. Bandai's earlier game Chubby Cherub had also undergone a similar process for its localization.

The player controls a ninja going to towers and completing mini games in each tower. Some towers after completing the mini game have a mini boss, which involves climbing to the top of the tower and shooting it in the right spot. There are four types of mini games:

With each mini game it is always 10 kills, candles or sprites required to clear the level. When all the towers on the map are clear the player can fight the boss in the castle. There are four power ups the player may collect for assistance:

The game is considered quite challenging due to its 1-hit deaths and no continues. 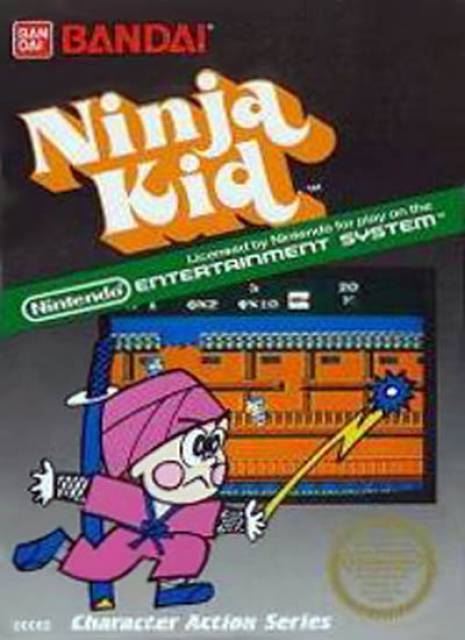