Neocron 2: Beyond Dome of York

Neocron 2 is an cyberpunk themed first person MMORPG, originally announced as an expansion to 2002's Neocron, but released as a sequel in 2004.

Sequel to 2002's Neocron (which was closed down shortly after the release of Neocron 2), one of the world's first Cyberpunk MMORPG's, Neocron 2 is an MMORPG and first person shooter hybrid with massive futuristic cityscapes and post-apocalyptic wastelands, and a diverse class system.

In 2009 the publisher 10tacle Studios closed down, and the developer Reakktor.com ran into heavy financial trouble, they closed down registration and stopped charging monthly fees for existing users. In August 2012 the registration was once again opened up, and the game is currently free to play, hosted and administrated by a team of volunteers. 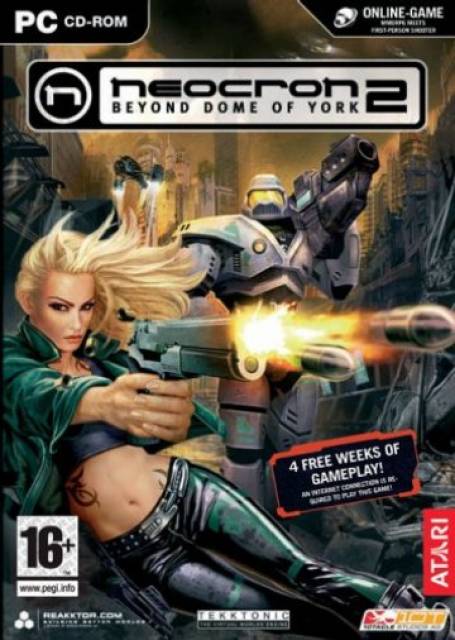