Follow the story of Rohn, a dragon rider, along his path of exploration as he discovers just what he is fighting for.
PlayStation 3

Lair is a game that has a very unique control and gameplay mechanism. You use the PlayStation 3's Sixaxis technology to fly your dragon ar ound various terrain and battlefields while accomplishing an array of different tasks. The game plays much like a flight simulator in the way that you have to react quickly and precisely to accomplish your goal. At the end of each level you are given a score and sometimes different bonuses like extra health.

To help with aiming, since there isn't a crosshair, there is a slight fog around your target. It does take some getting used to, but by the time you are comfortable with the controls, this feature feels easy to use as well. Also, the game is controlled with sixaxis to fly, but things like fireballs, fire breath, ground combat, ground movement, boosting, and braking, are all controlled using the buttons on the controller. The layout can be found in the games manual.

Some of the more interesting events occur in ground combat, where you can eat enemies to gain health, flame and fireball enemies, slash enemies, whip enemies with your tail, and there are even some enemies where you can grab them (when flying past) and drop them on the field on a bombing view mode. Some of the more spectacular air combat includes you pitting your will against an enemy dragon rider and basically mashing the controller to overtake the opponent in a strategic button masher scenario. Also, you can fly next to a dragon in the sky, use the sixaxis to ram them, and eventually activate the button mashing take down or a quick time event scenario where you jump on the enemy dragon and stab them.

The story revolves around two civilizations, the Mokai and the Asylians. The Mokai come from lands which are arid and scarce in natural resources. Out of necessity for their survival, they attack the Asylian lands in an effort to gain access to the fertile grounds that the Asylians live on. The protagonist, Rohn, at first despises the attacks from the Mokai, but, soon after being deceived into committing a horrible act against the Mokai people, starts to see things from another perspective.

When update 2.10 was released a patch.The 147 MB patch brings optional analogue support and a target reticule to the experience, allowing players to control their dragon with the analogue sticks rather than the Sixaxis motion control. Some motion control remains, however, as players will still be required to shake the controller for some moves. 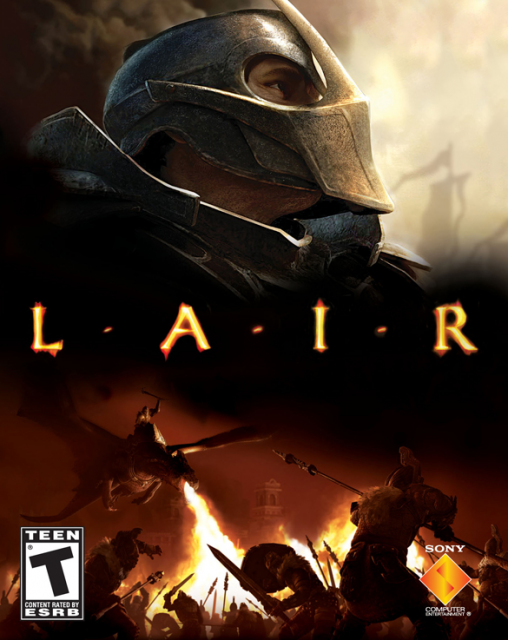