A Patrol Boat, River (PBR) simulator. As well as depicting the Vietnam War, the game also visits Colombia and Panama. It saw numerous home computer versions, and was also released on the TurboGrafx-16.

Gunboat is a gunboat simulation game set during the Vietnam War. As the captain of a River Patrol Boat (or a PBR: Patrol Boat, River), a compact armored boat built to traverse Vietnam's many shallow rivers, the player must complete tasks for the US military, often involving the destruction of Viet Cong river encampments and vehicles. Eventually, the Vietnam War ends, and the player character must use their gunboat skills to take on drug cartels in Colombia as well as patrol the Panama Canal.

The game is a strict simulation game, employing first-person views for the boat's navigation and weapons. The player can also assign weapon loadouts before each mission.

Gunboat was originally developed for the Amstrad CPC by Accolade in 1990, before being released for the Commodore Amiga and PC IBM. It eventually saw a TurboGrafx-16 release in 1992, which was developed by The Code Monkeys and published by NEC Interchannel in the US exclusively. 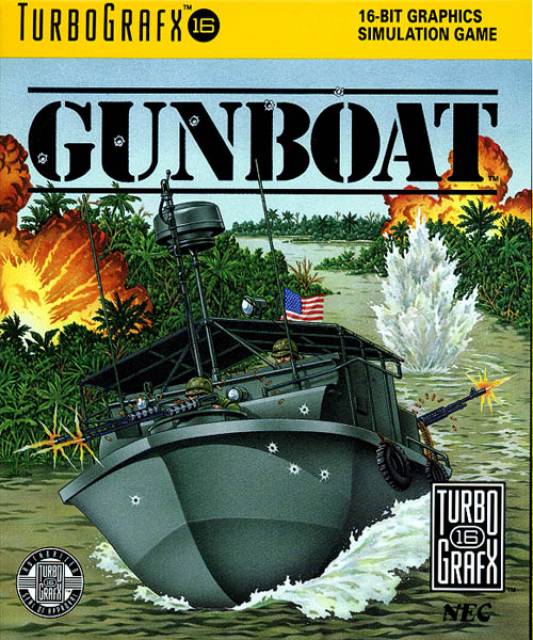