Lineage II is a MMORPG by Korean developer NCsoft.

Players can choose from either fighter or mystic professions at the start. Dwarves and Kamael are only able to select the fighter profession. This choice acts as an archetype for later profession options. Each race has its own set of classes.

In Lineage II you can either play alone or as part of a group to fight monsters and complete quests for new skills, experience, and items. Player versus player (PvP) is a major aspect of the game. Lineage II provides many social, political, and economic aspects which are developed through the community and by the actions, in-game, of single players. The game also features siege warfare like the original. To make sure PvP stays under control, the design includes a Karma system that provides negative consequences for killing other players when they are not fighting back.

Characters act as a player’s avatar within the game. Players are afforded up to 7 characters per server. As characters kill non-player character (NPC) monsters, they accumulate experience and skill points (SP). As experience points accumulate, the character's "level" increases, meaning various attributes of the character are augmented. In HellBound, The maximum level that players can reach on their main class has been increased from level 80 to level 85. The maximum level that players can reach on their subclass has not changed, and is still level 80. Players purchase and then upgrade their character’s skills using SP. A character may only be deleted if not a member of a guild, or clan. The process of deletion usually takes six to seven days.

There are currently six races in the World of Lineage II. Human, Elf, Dark Elf, Orc, Dwarf, and Kamael.

Currently there are 36 classes in total. Each race and subsequent class has a set amount of Stat Points already assigned to their class.

Upon reaching level 75 and completing the quests that are needed, a player may add subclass to their character. The chosen subclass starts at level 40. Limitations are put in place on what subclass one can choose. Dark Elves and Elves may not choose a class from their opposing race. Overlord and Warsmith cannot be chosen by any class. In addition a player may not choose a class that matches their main class (a Dark Avenger may not become a Paladin, likewise a Treasure Hunter may not become a Plains Walker). Once a subclass has reached level 75, you may choose another. One character can have up to three different subclasses. The subclass feature can be compared to the 2 profession feature in Guild Wars.

Chronicles (expansions) are large-scale updates to Lineage II done every half a year. They are free expansions to the game that every subscriber must download in the form of a patch. As the "Chronicles" advance, a new story develops. There are major game alterations in each new Chronicle, and the game balance has greatly changed in every case so far. Each chronicle also adds a lots of new content to the Lineage II, including new skills, quests, areas and items. 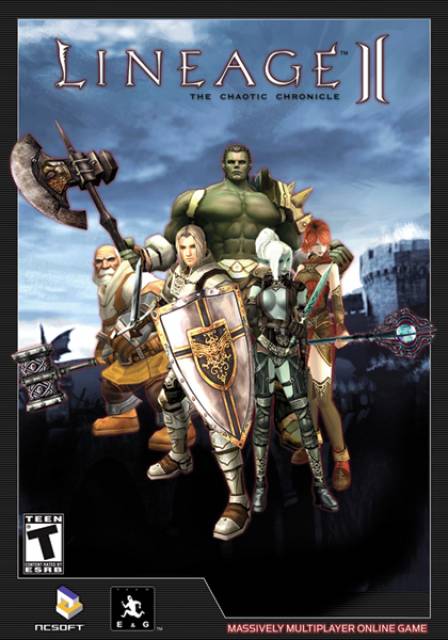