The mage-warrior Alisia must save the world from an evil space-borne terror with the help of her magical pets.

Alisia Dragoon is a Sega Genesis/Mega Drive exclusive action game from Game Arts in which a powerful mage named Alisia, accompanied by various magical companions, must fight back the hordes of an evil "Silver Star" that recently appeared in the sky. Alisia's chief weapon is a homing lightning spell which requires recharging after constant use.

Animation studio Gainax was brought in for the game's artwork and story, while frequent Game Arts collaborators Mecano Associates was responsible for the game's music. Alisia Dragoon would eventually become one of the games chosen to represent the system on the Sega Genesis Mini console, released in 2019.

In Japan, Alisia was shown more of a big eyed anime character while in the west she was a barbarian in a bikini.

Alisia is the daughter of a powerful sorcerer who imprisoned the evil Baldour in a cocoon and sent it into outer space. Her father is later tortured to death by Baldour's followers. Eventually the cocoon comes crashing back down to the planet and Alisia sets out to defeat Baldour and his followers. 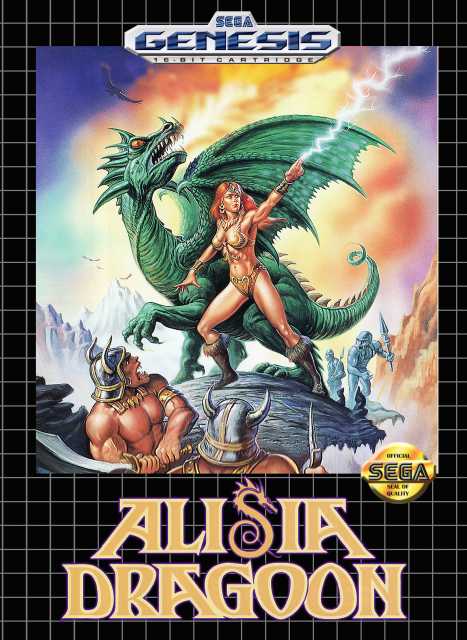