From Flagship Studios, whose founders were involved with the creation of the award-winning Diablo series, comes the similarly loot-driven Hellgate: London, a futuristic third/first person action-RPG set in post-apocalyptic London.

Hellgate: London is a first-person/3rd-person hybrid dungeon crawler with randomly generated areas. Hellgate gives players access to a wide arsenal of futuristic weaponry, including machine guns, rocket launchers, and sniper rifles, in addition to the usual assortment of swords, magic, and minion summoning, to utilize to free London from the grasp of Satan.

The game was developed by Flagship Studios, a company founded by Bill Roper, Max and Erich Schaefer, and David Brevik which were the core executive team from Blizzard North, the company that produced the original Diablo game.

There are three available classes:

Each of these classes could evolve into a further specialized class that introduces additional skills and bonuses.

The game could be played in either 3rd-person view for all classes or first-person view for the Cabalist and Hunter classes. The game consists of 6 major areas to play (acts in the game) and each act takes more than 20 hours to complete.

The battleground of the game is London, both underground and in the streets of London. Well-known metro stations act as safe areas in which the character can pick up missions. The player has then to travel through the tubes to other stations or street level to accomplish these quests that most of the time consists of 'slay x monsters' or 'pick up x at y'.

Loot is one of the key gameplay features of Hellgate London. In the metro stations, there are stores where players can sell their weapons and upgrades. Later in the game players will gain access to upgrade stations to enhance their weapons -- the modern equivalent of gem socketing.

Hellgate: London has gone free to play in 2010 and is available in Korea as well as the US. General gameplay is free for anyone that makes an account and can purchase the publisher MTX (Micro Transaction) currency Tcoins at a going rate of $1 USD for 1000 Tcoins.

In game premium purchases involving Tcoins include things like a higher percentage of XP gain for a set amount of time, extra inventory space, access to later chapters of the storyline, and other bonuses that players who do not pay extra for cannot obtain.

Before it was disbanded Flagship released many small bug fixing and balancing related patches but they also released a downloadable content expansion named the Stonehedge Chronicles. Hanbitsoft has released other patches for Hellgate: London. Until 2010, patches were only available in Korea.

In 2008, financial issues at Flagship Studios led to the firing of most employees at the studio. Development of Flagship's then-upcoming Action-RPG, Mythos, was discontinued and delayed any updates that would be coming to Hellgate: London. Korean company, Hanbitsoft took over development of Hellgate: London and as of 2010 possesses the rights for distribution in the United States and Europe.

The music for the game was done by Cris Velasco and Sascha Dikiciyan and released on CD format. 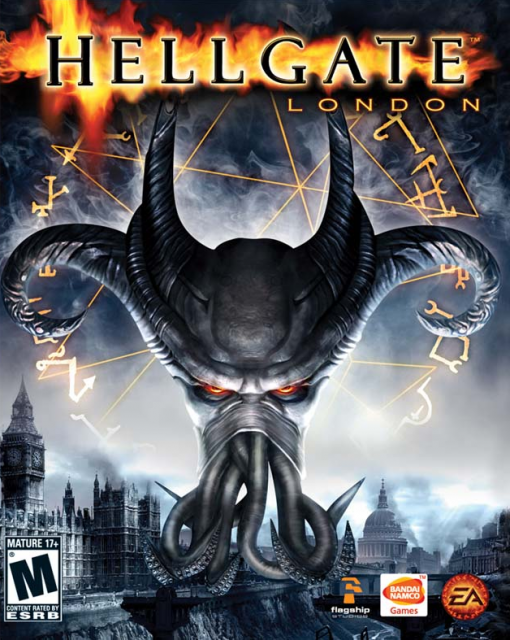