Fight as an elite warrior who marches out into a thick of enemies, kill them all, and than repeat the process. The story of the war they wage is told through each fighter's unique point of view.
Xbox 360

N3: Ninety-Nine Nights is an action game for the Xbox 360 that was developed by Q Entertainment and Phantagram and published by Microsoft in 2006. At the time of its release, it was billed as one of several other titles such as Blue Dragon that Microsoft hoped would help attract Japanese audiences to the console. The game puts players into the middle of a complicated war story that follows seven diverse protagonists. Each character's story provides a different perspective and piece of the puzzle that explains the war that has engulfed the land. A sequel developed by Q Entertainment and Feel Plus was released in 2010.

The combat in Ninety-Nine Nights is heavily focused on crowd control, similar in nature to the Dynasty Warriors series. The player must fight off large waves of enemy forces while advancing through the various maps in order to achieve stage objectives. Each character has their own play style and attacks with unique properties. Stages can be replayed at leisure in order to earn better rankings and letter grades.

One of the game's two main characters. Inphyy's story is central to the events of the game and is the only one in which the true final mission can be accessed in which she fights the King of the Night. She also plays a role in most of the other characters' stories. She wields a large sword her fighting style is quick and powerful, she has numerous combos that can be used to devastating effect, here attacks are based on the light element. Her blue spark move is one of the strongest in the game and can kill over 500 enemies at once.

Inphyy's stepbrother, a lance-wielding fighter. His attacks are slower than Imphyy's but have greater range and are based on the element of light. His blue spark move is one of the most difficult to use in the game as it attacks the ememy a fair distance in front of him, and so it must be aimed carefully. He makes up for this by having a strong red spark attack. Aspharr’s storyline considers what would have happened if Aspharr won the first mission, rather than Inphyy.

A strong man that fights with a double-bladed sword and whose attacks are based on the element of fire. His weapon also has the ability to extend on a chain, greatly increasing its attack range and granting it the capability to attack multiple enemies at once. Myifee is a mercenary who leads a band of soldiers that aid Inphyy and Aspharr in their battles. He is one of the slowest moving characters in the game, but also one of the strongest. Most of his orb attacks are area of effect abilities and his spark moves are very powerful.

A young girl and accomplished sorceress, Tyurru wields a magic staff and her attacks are water-based. She is also the only ranged character in the game. Most of her attacks push the enemy about and do little damage; instead, she relies on her magic as her main means of attack. She can also glide through the air on her staff, allowing her to cover distances quickly and avoid ground-based obstacles. In her story, she aids Myifee in his endeavors.

A priest who attacks with a large club; his attacks are lightning-based. Klarran is slow-moving and cannot jump, but this inability is made up for with the addition of an extra attack button. He plays an indirect role on the stories of Inphyy and Aspharr.

A goblin out to kill Inphyy in order to avenge his older brother. He uses two short-bladed weapons to unleash extremely fast wind based attacks. In the game's plot, he is initially portrayed as being on the "dark" side of the forces and fights against Inphyy and Aspharr. He is the the fastest character in the game, both in terms of ground speed and attack rate. As a result he attacks do less damage but he has longer combos. As a player character Dwingvatt's story is set in an alternate universe in which he manages to kill Inphyy. This incarnation of Dwingvatt ends up assisting Inphyy in the battle against the King of the Night as an NPC ally.

The last unlocked character, Vigk Vagk is a large, brutish troll. His story tells how he was captured and then forced to fight. He is slow moving, but has the most powerful attacks in the game, the most health and the highest defense. He is also able to pick up fallen trees, rocks and even enemies to use as weapons. He also has the strongest blue spark move in the game. 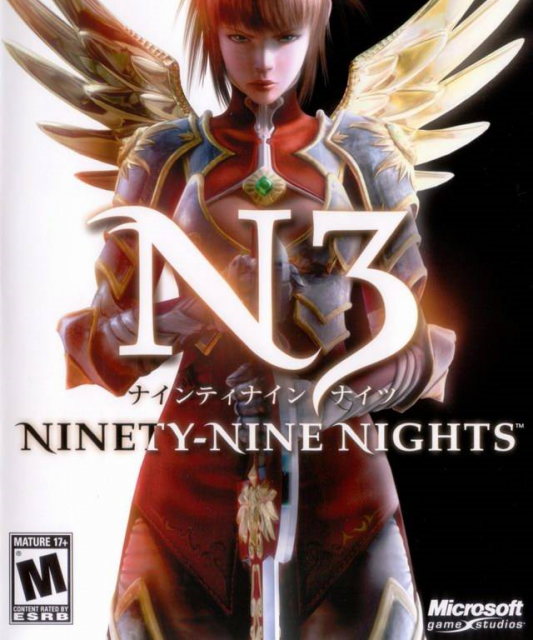