Metroid Fusion is a sidescrolling 2D action-game for the Game Boy Advance. Chronologically, it is the furthest point in the Metroid timeline.
Game Boy Advance Nintendo 3DS eShop Wii U

Metroid Fusion is a 2D action platforming game developed for the Game Boy Advance by Nintendo R&D1, the first-party development house responsible for originating the franchise. Although it maintains its predecessors' theme of exploration, combat, and the acquisition of new abilities as the game progresses, the story unfolds in a more controlled, immersive fashion due to the addition of an A.I. commander, nicknamed "Adam", who explicitly tells protagonist Samus Aran the best places for her to head next.

The release of Fusion was timed to coincide with that of Metroid Prime for the Nintendo GameCube. The two games are not directly linked in either storyline or gameplay, but players who completed one game could use a link cable between the two systems to unlock bonus features in the other.

Fusion is a 2D side-scrolling game in the tradition of the original Metroid, Metroid II: Return of Samus, and Super Metroid. Players control Samus Aran in a hostile environment full of deadly enemies, hidden power-ups, and boss characters who confer permanent new abilities upon their defeat. These additional skills can then be used to access areas which could not be reached before, steadily expanding Samus' arsenal until the climactic final battle. Defeating regular enemies often reveals items which can help refill Samus' energy bar or replenish her stock of missiles and super bombs.

Many of the power-ups in the game have been carried forward from previous games in the series, including weaponry like the bombs and the charge beam, and mobility skills like the Space Jump and the Gravity Suit. Others have been subtly tweaked, such as the ice missiles which replace the traditional ice beam.

The game can only be saved by accessing specific stations marked on the map. Since this is a portable game, however, the option to place the GBA into a power-saving standby mode can allow players on the move to temporarily preserve their progress and battery life.

Like the previous Metroid games, Fusion's plot features only one ending, but players are rewarded with different endgame artwork depending on what percentage of optional power-ups were found and how quickly the game was beaten. The most advanced ending requires 100% collection of all items and a completion time under two hours.

Chronologically set shortly after the events of Super Metroid, Fusion begins with a cinematic intro depicting Samus' return to the planet SR-388 with a squad of marines and a research team. Samus is attacked by a previously-unknown organism known as an X Parasite which aggressively infiltrates her Power Suit's biological components as well as her own central nervous system. Because she was unconscious, the only way for doctors to operate on her was to cut off the outer layer of the suit, robbing Samus of nearly all of her abilities. Her life is only saved through a stroke of luck when the scientists formulate a vaccine from preserved cells from the Last Metroid.

Samus is saved, but her physiology is permanently altered by the Metroid DNA now spliced into her own. Since Metroids were the X Parasite's natural predator (it is revealed, in fact, that Metroids were genetically engineered by the Chozo for the specific purpose of preventing the X Parasites from spreading out and infecting the entire universe), she can never again be infected by the parasite, and in fact regains health as she absorbs them into her body. However, she's also inherited the natural weakness to frigid temperatures that she has exploited in the past to defeat countless Metroids.

Her newfound immunity to X infection makes Samus the only choice to investigate a mysterious explosion at the B.S.L. deep-space research station, where she was stationed, and which went radio-silent shortly after the pieces of her Power Suit were sent there for study. Upon landing, Samus swiftly discovers that X Parasites have somehow broken free of their containment and are spreading throughout the facility, consuming and mimicking every lifeform they encounter. Most dangerous of all is the SA-X: a vicious simulacrum of Samus herself, borne from the pieces of her infected Power Suit and dedicated to hunting the real Samus down and murdering her.

This is a list of all the upgrades that players can acquire in Metroid Fusion:

The Missile Launcher grants Samus the ability to fire concussive projectiles. Players can find extra missile expansions throughout the station.

By pressing down on the D-Pad twice players will enter Morph Ball mode. Assuming the ball shape, Samus can lay bombs and crawl through small openings with this ability. There are a few more abilities to be found usable with Morph Ball mode.

The Charge Beam allows players to charge up energy in Samus's Beam Weapon before releasing a powerful shot stronger than a normal blast. Some enemies in the game can only be injured by a charged shot, so experiment with this if normal weapons can't inflict damage. Hold down B to charge up the weapon and release to fire. Samus' beam projectiles will also become slightly larger. Players can also simulate the Screw Attack with this by charging up the weapon and somersaulting through the air.

This Morph Ball ability allows players to lay small bombs to damage enemies or break open certain blocks. Pressing B while Morph Ball mode is active will cause Samus to lay a bomb, players can lay up to three at a time.

This handy ability allows Samus to run at ultra-high speeds through long corridors. Any enemies caught in Samus' path will be incinerated.

This upgrade will enhance the damaging power of missiles to three times the concussive power of regular missiles. Once players find this upgrade, all missiles from that point forward will be upgraded to Super Missiles.

The awesome Varia Suit allows Samus to survive in areas with extreme temperatures, such as those scorching locales in Sector 3 (PYR). Damage inflicted on Samus will lower as well, and players won't be frozen when they absorb large blue Xs found in various sectors.

Because Samus now has Metroid DNA in her genetic code, she cannot safely absorb the Ice Beam; as her body's systems are tied into the suit's beam functions, her body would eventually freeze solid from the inside out. Instead, the Galactic Federation has developed a type of missile that releases a burst of freezing energy instead of exploding. This enhancement adds this freezing effect to every missile that the player fires, though it does not negatively impact the destructive power of the missiles. Just like the Ice Beam, enemies struck by an Ice Missile will become frozen. Firing a second missile upon a frozen target will destroy it. While frozen, enemies can be used as stepping stones to reach otherwise inaccessible areas.

This Beam Weapon addition increases Samus' range of fire. Players will be able to fire out three bursts of energy that cover the same height as Samus herself. This makes striking small enemies low on the ground easier; with its wide range, players won't have to be as accurate as before to strike an enemy.

Players will find the first Power Bomb in a designated Data Room. These bombs create major explosions that wipe out anything on-screen. Lay them by activating Morph Ball mode, then while holding R press B to lay a bomb. These bombs will come in handy throughout the station, especially as there are loads of Power Bomb expansions to be found.

Just like in Super Metroid, this ability allows Samus to virtually "fly" through the air. While pressing A at the right time, Samus performs a somersault in the air and players will rise up higher. This can be used indefinitely to reach any height.

The strongest of all Beam Weapons, the Plasma Beam allows Samus to fire piercing green shots of energy. These blasts practically shred any enemies they strike, so most enemies will go down with only a single shot or two from this weapon. Coupled with the Wave Beam this produces a deadly effect.

The Gravity Suit allows Samus to move around freely underwater, this is particularly useful for water sections in Sector 4. Players also be able to wade through some of the various lava lakes riddled throughout Sector 3 without taking damage. This also increases Samus' defense.

The final missile addition, the Diffusion Missile, allows players to charge up Samus' Missile Launcher. By holding down R, players will charge up energy in the launcher. Upon pressing B, Samus will fire a missile. Once it strikes a target a massive ring of ice will expand out from the impact zone to spread out beyond the reach of the screen. Anything caught in the blast will become instantly frozen.

The Wave Beam causes Samus's Beam Weapon projectiles to fly forward in a wavy pattern. Apart from this visual enhancement, players will be able to fire through solid walls, floors, and ceilings. It can be used to open one-way panel doors from the other side.

This addition allows Samus to charge up energy in her suit while performing a somersault jump in mid-air. Any enemies caught by Samus while she's charging energy will explode, but remember to catch the X parasite when it tries to escape. Players will also be able to break through Screw Attack blocks while charging energy.

Despite the ship's computer's doubts of Samus being able to survive the Ice Beam, Players will eventually be able to recover this ability - albeit for a short time only. This weapon fires sub-zero blasts of ice, freezing any targets it strikes.

Metroid Fusion includes two other abilities that hark back to its predecessor, Super Metroid.

Samus can perform the Wall Jump from the onset of the game. This is done by jumping toward a wall, then quickly pressing the D-Pad in the direction opposite the wall followed by the A button upon contact. If timed correctly, this ability allows Samus to scale narrow shafts and reach heights that would otherwise only be accessible with the Hi-Jump or Space Jump.

Once Samus acquires the Speed Booster ability, she is also able to perform the Shinespark, which sends Samus rocketing in any direction. While speed boosting, quickly tap down on the D-Pad to crouch. Samus will continue to flash for a couple of seconds. Quickly double-tap the A button followed by a direction on the D-Pad to engage the Shinespark. Although it is not integral to the completion of the game, the Shinespark is necessary for collecting certain items. 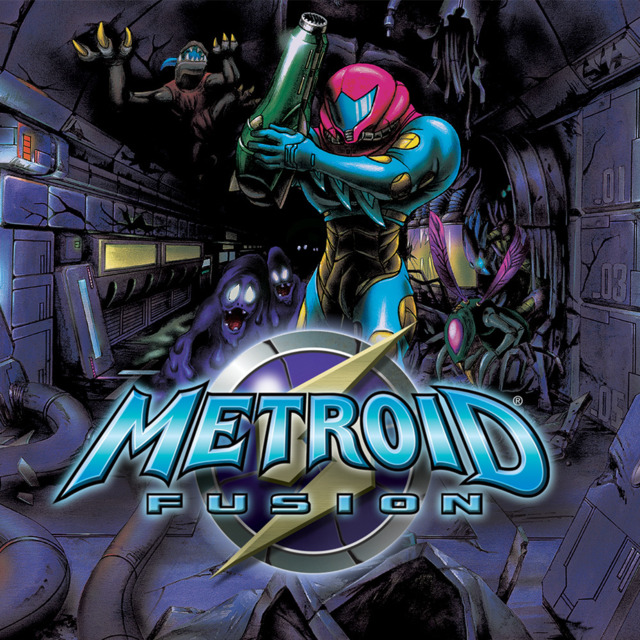