1942 is a vertical shooter set in an exaggerated World War 2 universe. It went on to be one of Capcom's very first hits.

1942 was originally released for arcades in 1984. While the game was ported to several other platforms including the MSX and ZX Spectrum, the most popular version would belong on the NES in 1986 developed by Micronics.

Players pilot Super Ace, a Lockheed P-38 Lightning, while shooting their way through the Pacific Theater. Not just for kicks, of course. The primary objective in 1942 is to reach Tokyo in order to destroy Japan's remaining air force. The game featured an evade maneuver, allowing the plane to roll out of the way of incoming fire. There was also a two-player mode, but the series didn't start out with cooperative play. Instead, players would trade off and achieve their own designated scores.

While traversing the Pacific Theater, Super Ace would fly through eight locations split between thirty-two stages, four stages in each. All of the stages are set in true-to-life locations including Midway, Marshall, Attu, Rabaul, Levte, Saiban, Iwo Jima, and Okinawa. 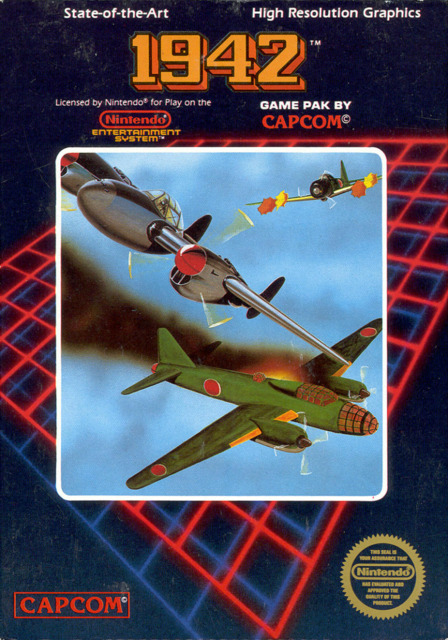