As Nomad, an elite soldier outfitted in a state-of-the-art Nanosuit that gives him superhuman abilities, infiltrate a North Korean-held island to rescue captured scientists... and face a reawakening ancient evil that threatens the entire world. Crysis is well known for its high system requirements and top of the line graphics.
Xbox 360 Games Store PlayStation Network (PS3)

Crysis is set in 2020, when a team of US archaeologists, excavating the mysterious crash site of an ancient asteroid, are taken captive by the North Korean military forces. By that time, the North Koreans had become quite a power in the world. In an attempt to keep the situation

from escalating, the United States government sends in an off-the-books US Army Delta Force team, supported by the aircraft carrier USS Constitution and its battle group.

After the initial conflict, things take a turn for the worse quickly, as there is still intense rivalry between the two nations. While tempers flare and fighting occurs between the North Koreans and Americans, the asteroid opens up, shaking off the worn rock to reveal a hideous two kilometer tall alien ship. Terrifying alien machines pour from the belly of this beast, soon before the ship engulfs the surrounding area inside a large ice sphere. This snap freezes a large part of the island including anyone who was unfortunate enough to be caught within its radius. The sudden drop in temperature is responsible for the wildly fluctuating and extreme weather patterns.

The player takes the role of Jake Dunn, codename Nomad, an elite Delta Force soldier equipped with a futuristic nanosuit with the ability to enhance his speed, strength, armor and allow him to become almost completely undetectable.

Almost every weapon is customizable. Each weapon has a rail system on it and the play can run the full gambit of options all the way from silent and deadly with silencers and tranquilizer launchers to total annihilation with the grenade launcher.

SCAR - A powerful American weapon, sadly it is only found a few times throughout the game, so the player will inevitably run out of ammo and rely on the FY-71 instead. Interestingly, the model resembles a H&K XM8, which was the gun that lost the SOCOM SCAR contract to the FN mk 16/17, hinting at a change in history in that aspect.

FY-71 - The primary North Korean weapon, found in abundance throughout the game. Modelled from the 5.45mm AK-74N.

MPX8 Submachine Gun - A short range submachine gun. Resembles an H&K MP7, also indicated by the name of the gun.

Tactical Shotgun - The shotgun has two fire modes, buckshot and slug. The benefits of both vary depending on the environment, slug being a more accurate but in close combat less powerful alternative.

DSG-1 Sniper rifle - The sniper rifle in the game. Usually found by looting off the soldiers at the watch towers.

Bauer 1980 SOCOM Pistol - The standard pistol that can be dual wielded if you collect another pistol.

Rocket Launcher - This launcher can fire up to three rockets, and they are guided in using a laser designator.

Each weapon has multiple slots for tweaking. Players can change these on the fly during combat, making each weapon highly versatile. Players have an unlimited amount of customization parts; once the sniper scope is obtained, for example, the player can go around putting sniper scopes on every rifle they see, should they so desire. However, they only start with the silencer, the laser pointer, the flashlight, the reflex sight, and the tactical attachment. All other customization equipment must be located in the field.

The Nanosuit ends up being your most important weapon in the game. An advanced piece of United States military technology, it is the perfect blend of protection and weaponry. The suit covers the entire body, and is directly tied into the user's muscles and central nervous system. Try not to think about how badly that could go. The nanosuit has a certain amount of power assigned to it, which is reduced with use, but is recharged over time. There are four modes that the Nanosuit provides for t he user:

Using the Nanosuit effectively in combat is essential to completing this game.

From a technical standpoint, Crysis was one of the best looking games out in 2007. And it's also one of the first few games with native support for the DirectX 10 API at the time. It is one among Call of Juarez, Lost Planet, and Company of Heroes (patched revision) as a first generation DirectX 10 computer game.

The CryEngine 2 features highly detailed graphics and impressive physics like:

The Crysis Original Game Soundtrack (included in the special edition and available for purchase separately) was composed by Inon Zur.

Crysis was released on Xbox 360 and PS3 on October 4th, 2011 on Games on Demand and PSN as a download only title.

Changes to the console ports

For the most part, the console ports are identical to the original, but Crytek has cut the mission Ascension from the campaign and unlike Crysis 2, there is no multiplayer support. There is also no longer a day/night cycle, missions are instead set at specific times of the day, with most of them taking place at day or dusk.

Players interested in testing their system before buying the game can try the official demo at http://www.crysisdemo.com/.

The Metacritic score for Crysis stands at 91, denoting "Universal Acclaim". Most reviewers praised the incredible visuals, the fluid combat, the nanosuit functions and the gameplay depth. The most common complaint about the game was the high system requirements, and the sometimes inconsistent AI.

Initially, the game was considered a financial failure by both developer and studio, moving less than a hundred thousand units in a few weeks. However, the game made a massive comeback and by February 1st, EA announced that Crysis had gone platinum, meaning sales had exceeded one million copies. While EA is happy with this result, Crytek president Cervat Yerli were less than pleased, claiming that high piracy rates had hurt their sales badly. It was announced soon after that Crytek would be abandoning PC exclusivity, a statement later retracted when Yerli clarified that the future of PC exclusivity with Crytek rested on the sales performance of the standalone expansion Crysis: Warhead. It is unclear whether CryTek were satisfied with the sales of Warhead because the sequel Crysis 2 is cross-platform, thus ending PC exclusivity for the franchise. 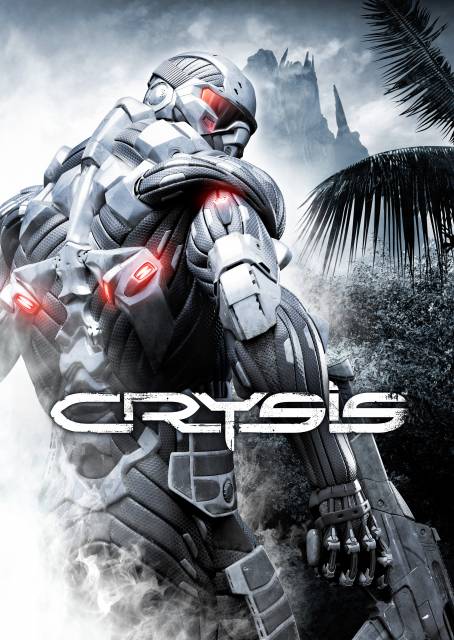