Designed as a copy of Super Mario Bros., The Great Giana Sisters is a platform game originally for the Commodore 64, Amiga and Atari ST.

The most popular story behind this game is that after the wild success of the Nintendo Entertainment System platformer Super Mario Bros., a small development team called Time Warp Productions offered to create a version of the game for the most popular home computer systems, such as the Commodore 64, but Nintendo was not interested in releasing Mario on anything other than the NES. Because they had already mostly finished creating the game to demonstrate their concept to Nintendo, Time Warp finished the project and replaced all the graphics with original ones, renaming the game The Great Giana Sisters. The game was released in 1987 for multiple platforms, and was very quickly withdrawn from shelves due to threats of legal action from Nintendo, due to the obvious similarities to their flagship title. These threats of legal action also lead the ZX Spectrum version of the game to be scrapped, despite nearing completion. Due to the short time the game was on shelves, legitimate copies of the game are extremely rare, and are prized by video game collectors.

A successor named Giana 2 - Arthur and Martha was in development, however, it was never released, again due to legal actions from Nintendo (despite the fact that the game didn't have anything in common with Super Mario Bros. anymore). After changing the name of the game to Hard'n Heavy and a drastic graphical overhaul which included replacing all the sprites, it was finally released.

In 2005, the game was re-released for mobile phones. Nintendo licensed a heavily polished Nintendo DS remake/sequel of the game titled Giana Sisters DS, which was released in Europe on April 2009 and in Fall 2011 in North America. This version was also released on the iPhone and iPad in 2010. 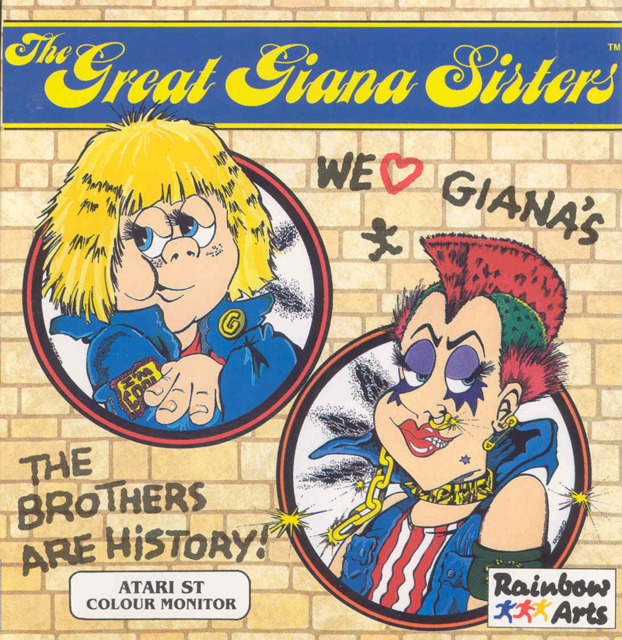