Anarchy Online is a MMORPG that takes place 30,000 years in the future on a planet called Rubi-Ka. The game has multiple professions and breeds to choose from. The world is very large with thousands of players.

Anarchy Online is a science fiction MMORPG developed by Funcom, set in the far future, and which originally launched in 2001. It takes place in the mid Thirtieth Millennium, approximately 29,480, on the planet of Rubi-Ka. The planet is under a constant power struggle between the megacorparation Omni-Tek and the rebellion army, The Clans. The faction known as The Neutrals are exactly what their name implies. Notum, a special ore with the ability to allow control over nanobots, is the main reason for fighting on Rubi-Ka. Each faction has certain pros and cons and each have their own special towns and special places of interests. You can chose to be any of these three factions at the beginning of the game after character selection, profession selection, and a small "tutorial island."

In Anarchy Online, there are a total of four "breeds" to chose. Each having their own strength and weaknesses. Each breed is better in certain professions than others.

The Solitus are the natural descendants of Earth-evolved humans, and the least genetically modified of all breeds. Their skills are balanced enough that they can take on any profession with relative ease, although they are only ever at their highest potential in the Adventurer profession. This is the recommended breed for new players.

This slim, enigmatic breed is most at home in a profession that puts their physical flexibility to good use. They are the best Martial Artists of all the breeds, effectively making them one of the best (if not THE best) damage-dealers in the game. Their excellent agility and run speed also lend them numerous benefits when undertaking the Fixer profession. They are less proficient in the use of nanoprograms (magic) and have reduced hit points.

The "magical" breed. Focused mainly around an expertise in casting nanoprograms (or spells), this breed is less proficient at physical combat. As such, it suffers from reduced hit-points and lower physical attributes than other breeds.

In Anarchy Online, there a total of 12 professions (classes) to choose from. Each profession has varying skills and powers that make them unique. Depending on your profession, you may have nanoprograms, weapons, and armors that are only available to you.

Metaphysicist - One of the "pet" classes, can summon strange creatues to fight for him. Can also buff the nano skills of others. Can deal moderate damage with weapons, but generally focuses on nano-skills.

Adventurer - This profession is average in both ranged and melee allowing some customization. Can cast armor buffs and cloaks, some transforming them into fantastic creatures. Second best healer.

Engineer - Another pet class, Engineers are often expected to raise their "Tradeskills", in order to craft or modify armor and weaponry. They can cast unique armor buffs and cloaks for there robots. Somewhat lacking in weapons skills.

Soldier - This profession lives on strong weapons. Their armor and weapon skills are very high. Can create unique protective shielding some of which reflect damage back at the attacker.

Fixer - A very unique class. Has special access to transportation known as "The Grid." Favors to "root," or immobilize their enemy. Can cast nanoprograms that increase their speed, and increase their "NCU".

Agent - The "Cloaked Sniper" class of the game. They can use nanoprograms to imitate other professions, allowing them to use certain nanoskills from that profession's arsenal. They prefer to use rifles or sniper rifles. Usually proficient at cloaking, rendering them invisible.

Trader - This profession utilizes unique nanos to deplete and weaken their enemy. Can "Wrangle" allies, temporarily buffing their skills while draining the caster's. Can also drain enemy skills.

Optimal Breed(s) : Any (depending on your end goals)

Doctor - This profession works the best in teams. Has a low weapon skill. Has intense healing nano programs and somewhat meaningful buffs. Has DoT style nano programs that slowly drain the enemy's health.

Enforcer - The tank class. Likes to fight with melee weapons. Their nano programs focus on keeping aggro attached to them, and on buffering damage. A good asset to any team.

Bureaucrat - This profession can summon its own pets (The majority of which are mechanical), and can also "Charm" certain enemies, seizing control of them. Has a wide array of debuffing nano programs which it can use to slow the enemy's spellcasting and attack speed, among other things. Can cast "Motivational Auras" to buff nearby allies, and "Demotivational Auras" to debuff nearby enemies.

Martial Artists - This profession is best suited for hand to hand combat. They can be very high damage dealers, though their reliance on critical-hits allows a string of bad luck to be devastating to their damage. Considered the third best healer of the game.

Nano-technician - This class utilized nanoprograms to do everything for it. It has unique area of effect nanos that can damage multiple foes at once. Despite having nanoprograms which buffer damage, Nano-Technicians generally are one of the "Squishiest" targets in the group.

If you purchased the Shadowlands expansion pack, two new professions are available at character creation:

Shade - This class is a huge damage dealer. They cannot use most types of armors and instead equip "tattoos". Drains skills and likes to hide in concealment.

Keeper - This class is most proficient in two handed edge weapons. Has some fairly powerful healing and group buffs and perks.

There are a total of eighty-three distinct character skills in Anarchy Online. As you kill computer-controlled enemies (Non-Playable Characters, or NPC for short) in the world you gain experience points. Not unlike most games, when you reach a certain amount of experience points you can level up. Once a level up occurs, you are then able to allocate *skill points* to any combination of character skill subsets.

Depending on the profession you have chosen, some skills have a decreased amount of *skill points* needed to level up completely and an increase to how many skill points you can allocate in that subset. For example, a Doctor class can put more *skill points* into healing type skills than a Soldier class can due to the additional resources allowed into that skill by the Doctor class.

Armor, certain augmentations, and nanos can increase these skills for a duration allowing the to ability to equip certain weapons and armor that your base skills would not allow. These skill increases can be semi-permanent in the form of implants or armor that can be removed and changed, or nanos that have a certain duration in which they are effective.

Like most MMORPG's, this game has several expansion packs. Most of which require a subscription cost. The exception is The Notum Wars expansion, which is currently under Funcom's "Free To Play" program. 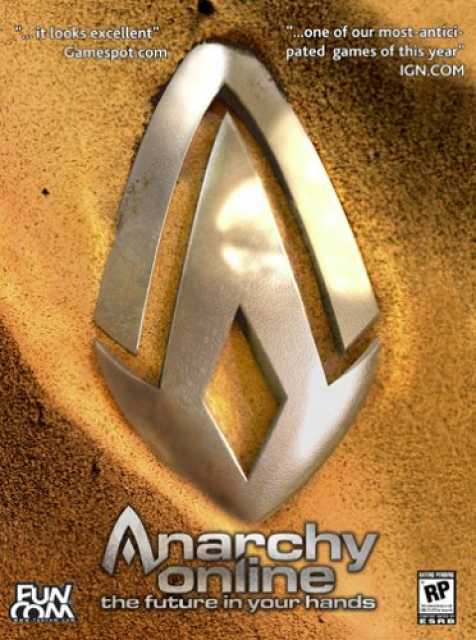