A 2005 shoot'em up arcade game released by Milestone Inc.
PlayStation 2

The game follows the "boss fest" style - the levels consist of little more than battles against a single, very powerful enemy. The player's ship can move back and forth between two parallel dimensions - the "order field" and the "chaos field". In the Order Field, enemies have less firepower, whereas in the Chaos Field there are more opportunities for amassing points.

The player can choose one among three ships, each with specific traits of firepower and speed. All of them have a "sword" special power, possibly inspired by Radiant Silvergun, but here it is used just to cancel enemy shots rather than attack.

There are two special attacks that the player can use, A "Wing Layer" and a "Lock-on Shot". The Wing Layer can be used to damage the enemy as well as canceling bullets to obtain combos. The Lock-On shot targets parts of the boss or bullets. These attacks function differently for each ship.

Taking place some time in the future, the technological advancements of mankind discover a dimension of absolute chaos that its discoverers quickly called The Chaos Field. Upon its discovery, the overly destructive inhabitants of the Chaos Field known as the Abo invaded Earth which is considered The Order Field (in contrast to the Chaos Field). The war raged so long that special pilots were selected to fly the best star fighters equipped with trans-dimensional technology to combat the Abo and save the Earth and its field. 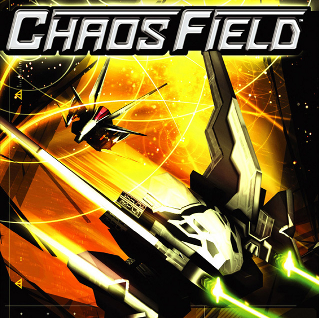