Play as fairies Tam and Rit in this Arcade action platformer developed by Jaleco.

Rodland was originally released for the Arcades by Jaleco, but was made for several other home systems and computers. The Arcade version differs greatly from the home versions because it features improved graphics and many more levels.

The Arcade also essentially featured a sequel of Rod Land upon completion of the game with stronger enemies and a new story. The home consoles and computers never received a version of Rod Land that featured this sequel mode.

Fairies Tam and Rit find out that their mother has been kidnapped by evil monsters. They are each granted with magical wands, called the Rods of Sheesanomo, that give them powers. With their new powers they can defeat the monsters and rescue their kidnapped mother.

Rodland is an action platformer where one or two players take the role of fairies Tam and Rit. Each level is featured entirely on one screen, and the levels are populated with monsters. The goal is to simply to defeat all the enemies on screen using tricks and the magic wands. The magic wands can only stun the monsters, but once they are stunned they can be defeated by slamming them into the floor with the wand's power. The fairies navigate levels by running along multiple platforms that are connected by ladders. There are ladders in each level, but the player can also create ladders. Every time a new ladder is created the previous one disappears which provides opportunities to dispose of enemies. Enemies drop types of "tricks", usually explosives, when defeated which can then be used to defeat other enemies.

Should the player collect every flower on the level, the enemies transform into faster "peach" enemies that will drop letters when eliminated. By spelling out EXTRA with these letters, the player can earn additional lives. It behooves the player to leave enemies alive so that they can be transformed for EXTRA letters and bonus lives, though this in turn makes it harder to navigate the level.

The Arcade version featured a sequel with a new story, levels and visuals, but the gameplay stayed largely the same. In the sequel the player still controls Tam and Rit, but this time they are out to avenge their father's death. Tam and Rit travel through a pyramid where the enemy that killed their father rests. Throughout the game they are guided by the ghost of their father for help in the game. 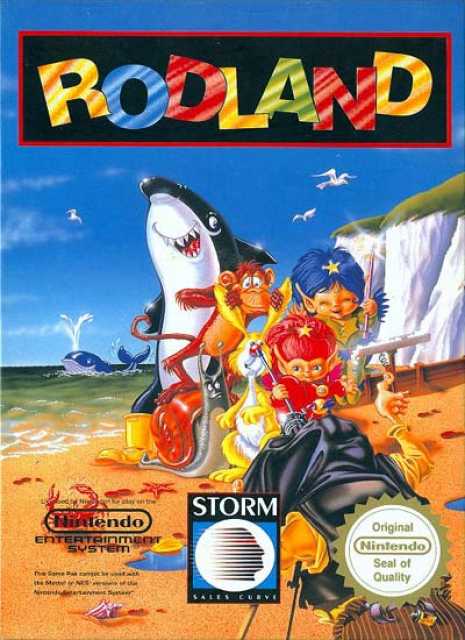