EverQuest: The Legacy of Ykesha

The Legacy of Ykesha is the fifth expansion for the popular MMORPG EverQuest.

The fifth expansion to EverQuest was a bit of a change from the previous four expansions. For one, it was much smaller in size. It also did not add much in the way of new content for high level players. Some of the expansion's highlights included:

Prior to the release of this expansion, Frogloks could only be encountered in the swamps of Antonica and Kunark. While most adventurers that had probably slain hundreds and hundreds of these frog men, alive and undead, the truth is that Frogloks are good-natured people. They worship Mithaniel Marr, the god of honor and truth. Many choose the life of a paladin or cleric in devotion to The Lightbringer. Frogloks are quite intelligent as well, making them great enchanters, wizards, and magicians. They were also the first small race to have the option of becoming shaman. They wear medium armor, have innate ultravision, and start with a highly advanced swimming skill.

In Norrathian lore, the Frogloks of Guk were eternally at war with the Trolls of Grobb in the nearby Innothule Swamp. At the release of the Legacy of Ykesha expansion, Lord Mithaniel Marr blessed the Frogloks allowing them to successfully raid the Trolls' stronghold and take it as their own. The Trolls that survived the bloody battle in the swamp fled north to the Dark Elf city of Neriak, where they found refuge in the Foreign Quarter. The Frogloks renamed Grobb, calling it Gukta, which meant "New Guk."

Several years later, the Trolls returned to the swamp with the aid of their Dark Elf friends and reclaimed Grobb in what would become known simply as "The War." The Frogloks were driven west into the tumultuous Rathe Mountains. Many Frogloks took the loss of Gukta harshly. So much so that they turned to the dark arts in an attempt to gain enough power to retaliate. As a result, Froglok adventurers could then choose the life of a necromancer or shadow knight.

Broken Skull Rock is an island that lies directly south of the marshlands of Antonica. Passage to the island though, can only be found from the coast of the Stonebrunt Mountains on the continent of Odus to the west. The island is the named after the clan of Trolls that inhabit much of the island. The relatively difficult route to the island, and the inherent evil that resides here, makes it a fairly unpopular place in the world of Norrath. But that's how the Trolls of the Broken Skull Clan like it anyhow.

The crypt is the resting place of a legendary Troll shaman. It lies deep beneath the surface of the island and only the highest ranking members of the clan are allowed entrance. Their devotion to Innoruuk, the god of hate, is so strong that is said that any who disturb the denizens of the crypt may be met with the wrath of the Prince of Hate himself.

The harbor lies in a massive cavern on the edge of the island. The Troll marauders here keep strict control over the coming and going of ships. Those in good standing with the Broken Skull Clan will find the harbor as a great place to sell treasures and regroup before heading back to explore the rest of the island. Shops and taverns are scattered about the ever-growing city. Railway tracks guide carts to and from the nearby mines. A rather large temple looms nearby, but is heavily guarded by Innoruuk's minions.

The gulf is the arrival point for adventurers daring to set foot on the island of Broken Skull. It is here that the Trolls of the clan house and test new recruits. The lighthouse here and the surrounding huts offer a myriad of supplies both familiar and new. Large lizards known as Drogmors can be purchased here and only here for adventurers who do not prefer the traditional horses found on Luclin. One vendor here is responsible for the introduction of armor dye to the world of Norrath. Those who venture beyond the gulf without the permission of the Broken Skull Clan do so at their own risk.

Hate's Fury is a legendary (some say mythical) pirate ship that is the basis for many tall tales heard from countless sailors in taverns all across Norrath. The truth is that it does exist and it is inhabited by a band of gruesome, ruthless Trolls who hide their ship in a secret lagoon underneath the island. The hidden lagoon gives them quick access to the Crypt of Nadox, their home. Setting foot aboard this pirate ship would not be recommended even for those in league with the Broken Skull Clan.

The mines are where the Broken Skull Clan derive much of their goods for exporting. Through the manual labor of slaves they have captured throughout Norrath, the clan collects precious metals and gems from deep within the island itself. The greedy clan members have delved deep enough in some areas to hit sea water and even lava. It is said that Innoruuk himself keeps the mines from flooding, granting his devotees the ability to reap the rewards of the island without fear of drowning, burning, or collapse. 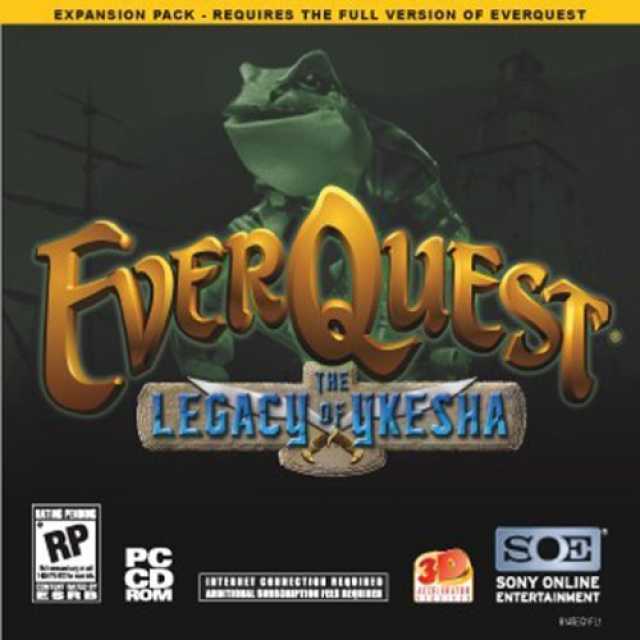