Dynasty Warriors 2 is a historical hack-and-slash game based on Luo Guanzhong's novel, "The Romance of The Three Kingdoms". It is unusual in being a different genre from the original Dynasty Warriors, which was a fighting game.
PlayStation 2 PlayStation Network (PS3)

Dynasty Warriors 2 is the second installment of Koei's popular fighting game franchise, and the first game to move from the original's one-on-one fighting structure. The game is heavily influenced by the Romance of the Three Kingdoms novel written by Luo Guanzhong in the fourteenth century, which is one of the Four Great Classical Novels of Chinese Literature.

The game has the player control one of twenty-eight characters and fight through China's turbulent Three Kingdoms era in a bid to unite the land under one rule, starting with the Yellow Turban Rebellion in 184AD, and ending with either the Battle of Yi Ling in 222AD or the Battle of Wu Zhang Plains in 234AD, depending on the chosen character's allegiance.

Each of the game's stages is a large, open battlefield in which the player must fight enemy soldiers and officers in order to complete simple objectives and ultimately defeat the stage boss. One gameplay feature that separates it from the games that followed is the manner in which it handles interim saves. Rather than allow the player to pause at any time to use an interim save, there are save tokens in select pots in each stage. When the player collects one of these tokens, the opportunity to save is presented.

The game initially allows for the selection of 9 characters, with an additional 20 that become available after being unlocked. This title sees an additional 14 characters added to the original's roster, with the exclusion of Oda Nobunaga and Toukichi (both likely removed as they are part of Japan's Sengoku era). Characters that have no allegiance to Shu, Wei or Wu are only usable in Free Mode.

There are a total of eight stages in the game that can be accessed either by playing through the Musou/Story mode, or by selecting them individually in Free Mode. Each of the stages are based on actual battles that took place in history. 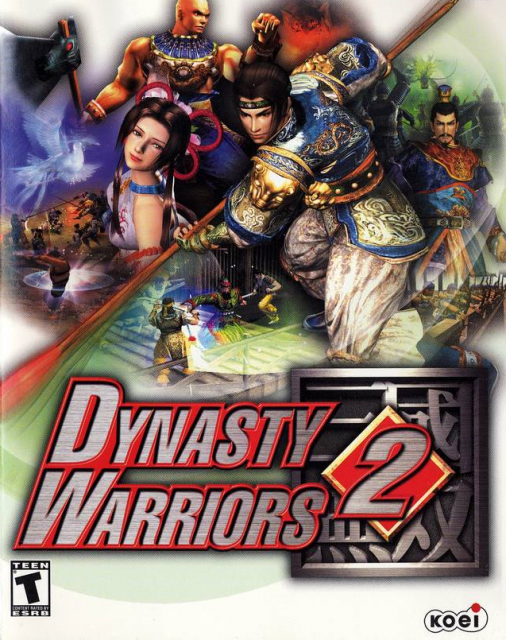