CellFactor: Revolution is a tech demo based physics game that was eventually released for free.

A free game that was ultimately developed to promote Ageia PhysX (now Nvidia PhysX). A technical demo was created named CellFactor: Combat Training, with only one level. Followed that the game was cancelled for Xbox 360 and was then announced a more complete version of the game (CF - Revolution). The game is built with the Reality Engine (a heavily modified version of Unreal Engine 3).

The game made heavy use of the PhysX Ageia card that was later cancelled due to Nvidia purchasing Ageia.The PPU brings a performance boost to the game IF you own a powerful graphic card.

There are three classes;

Black Ops - An ordinary soldier with an addition of telekinesis.

Guardian - A very strong biotech soldier who can wield two weapons (even rocket launchers) and jump over 10 meters in a single jump.

Bishop -very powerful telekinetic “mage” that can fly and has much improved telepathic powers.

Every barrel, create, vehicles and pretty much everything else is dynamic and can be hurled around the level. There are cloth physics and also fluid physics (gas, liquid). 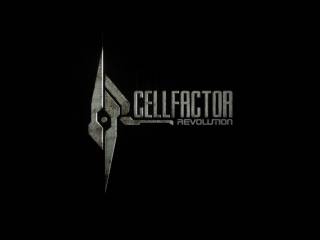