The Stealth Action formula remains largely unchanged from the first game, although Fisher gains many new gadgets and maneuvers such as the SWAT turn and a new split jump that works in narrower spaces.

The Single Player campaign begins with Sam Fisher being called in again by Third Echelon to rescue hostages in a United States Embassy in East Timor. They are being held by Suhadi Sadono, leader of the Indonesian militia organization Darah Dan Doa.

Although Sadono is able to evade capture during Fisher's Embassy operation, Fisher is able to gather intel on Sadono's terrorist plan "Pandora Tomorrow." Third Echelon discovers that Sadono has hidden biological bombs equipped with smallpox throughout the United States that will detonate if Sadono is killed or detained.

Because of the sensitive nature of this operation, Fisher has to infiltrate various Darah Dan Doa strongholds to interrogate other leaders of the organization, and intercept phone calls placed by Sadono to learn the locations of the Smallpox bombs.

When Fisher learns the locations of all of the bombs, Third Echelon dispatches small teams of Shadownet spies into the United States to defuse them, which ties into the action in the Multiplayer campaign.

Pandora Tomorrow raised the bar for espionage themed team objective based multiplayer. Ubisoft thrived to create a unique and intimate multiplayer experience. Two teams of two, (Spies Vs Mercs), made the in-game voice chat almost a requirement for strategy and victory. Having a great partner for Spies and Mercs is essential to win almost every match. Teams must constantly fill each other in on new information such as, the location of an enemy, location of mines, sticky cams, and most commonly noise. The Mercs have excellent hearing, and arrows pop up on their hud to indicate them of nearby Spies.

Most notably of the multiplayer is that players control Spies in third person, very similar to how Sam Fisher is controlled in the single player campaign. Instead of a pistol or rifle however, they are given long ranged tasers that can stun Mercs and disrupt their radar. These come in handy when trying to escape or to help your fellow spy from getting shot down by a raged Merc. They can also be used to explode motion sensing mines, trip mines, motion detectors. Spies can kill Mercs in a variety of ways. Luring the opponent towards an area and then have your partner come out of the shadows to grab him and snap his neck. The player can Jump on a Merc once to knock him down for a few seconds, and twice for a kill. They can also use their long ranged tasers to shoot wall mines and explode Mercs nearby.

The object of the game is simple, (Neutralization), hack a terminal before a Merc kills you or the time runs out. However, their are other game modes such as, (Extraction), steal glowing tubes, and (Sabotage). Sabotage was too difficult for inexperienced players and was not popular among the online community. It is the same feeling people have about Gears of War's Assassination mode. On the Optimatch you will mostly want to try to find Neutralization since it is the most mun and balanced. Speaking of balancing issues, Ubisoft manages to give a pretty frustrating life count for both Mercs and Spies. This issue will only affect newcomers to the online multiplayer and "bad" players alike. Mercs are given three lives to start, and Spies are given four. It takes a while getting use to, however the balancing seems alright once you find a consistent friend to play along side with you.

Very similar to your typical online shooter in that it is in first person. This concept is to give Spies more a chance during multiplayer consider that spies can only use non-equipment. On the other hand, Mercs have guns, loud guns. Actually it is just one machine gun that can zoom in for a sniper shot and It can also be set to fully automatic or burst. Almost every piece of equipment is lethal, mines, tazor, and melee. Mercs can rush up on spies and tackle them down. A good Merc will know that carefully placed motion sensing mines is the best way to kill spies. Grenades work quite well, and trip mines are a must near vent shoots. Sniping is another way to take out a spy if he is hacking a terminal too far to reach in time.

The Mercs objective in all game modes is to kill Spies. Taking out all of the Spy team's lives will result in victory. Similarly, Spies can win if the Merc team's lives run out. 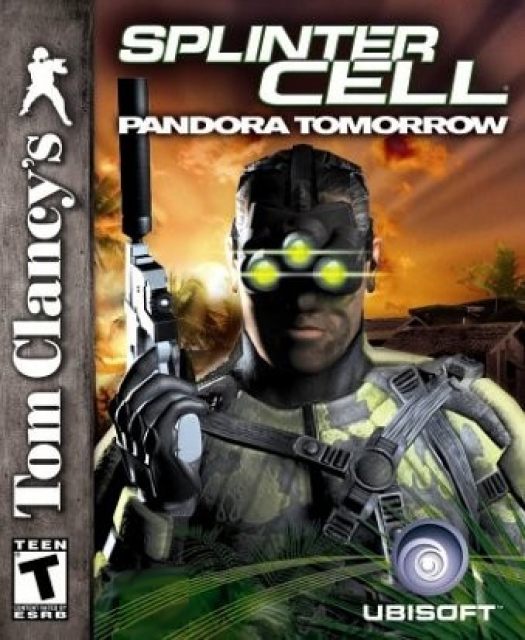