Play the role of a highly skilled ninja assassin in this blood soaked stealth action game. The game holds the distinction of being the first 3D entirely stealth-focused game ever released.

Tenchu: Stealth Assassins is a stealth-action ninja game released for the Sony PlayStation in 1998, in February in Japan, March in Europe, and August in North America. The North American version is a localized port from Japan and co-published by Sony Music Entertainment Japan and Activision. Known for its stealth gameplay and its feudal Japan setting, it was one of the first games that simulated the actual experience of being a ninja, incorporating elements of fantasy and mythology and used motion capture for character animation.

The US version added two missions not found in the Japanese version and included slightly better graphics and animation. The game is compared to Metal Gear Solid, which came out only a few months later.

Tenchu: Stealth Assassins is about assassination and stealth, as the name implies. You play as one of two ninja: Rikimaru, a scar-faced, white-haired ninja armed with a sword, and Ayame, a female ninja who uses wakizashi as her weapons. The two play differently, with Rikimaru being stronger, but Ayame being faster and having more combos. Both are equipped with grappling hooks, which let the ninja climb up and down rooftops, adding some fluid movement and flow in action/adventure games not seen at the time. All levels take place at night, due in part to graphical limitations of the PlayStation. The two ninjas also use other tools, including poison rice treats, smoke bombs, sleeping potions, explosives, and throwing stars to get past dogs and guards. There is a puzzle element to the game, as the objectives are vague enough to tell the player what to do, but don't really explain what steps need to be taken, unlike contemporary stealth game Goldeneye.

There are ten missions total in the game, but it does offer replay value in if you beat levels without being detected: the ninjas get special items varying from a spell that makes you look like an enemy to sleeping potions.

Rikimaru and Ayame are two members of the Azuma ninja clan and grew up and trained with each other. Their heroic master, Lord Gohda, employ the two as spies to root out corruption and gather information in his province. The demonic sorcerer Lord Mei-Oh, king of hell, wants to kill Gohda and sends his ninja Onikage to cause terror in the land. Onikage and Rikimaru are rivals, having faced off several times, with Onikage being more of a demon and Rikimaru being more human. Mei-Oh is the final boss of the game, but Onikage persists in the series as the main antagonist.

Towards the last mission, Gohda's daughter and Ayame's close friend Princess Kiku is kidnapped by Onikage, but rescued by the two ninjas.

Following critical success, the game was re-released in Japan in 1999 as Tenchu: Shinobi Gaisen with updates including the levels found in the American version, different mission layouts, and notably, a mission editor where players could create their own levels.

100 of the levels created through this in-game mission editor were selected in a competition from the game's original developer and released in November 1999 as a standalone disc called Tenchu: Shinobi Hyakusen. These missions, which included 22 secret missions bringing the total to 122, were not story-related, but did have levels focused on one mechanic, varying from elimination missions, to assassination levels, to escorting Princess Kiku.

The Greatest Hits version of the game added the original Japanese intro movie. 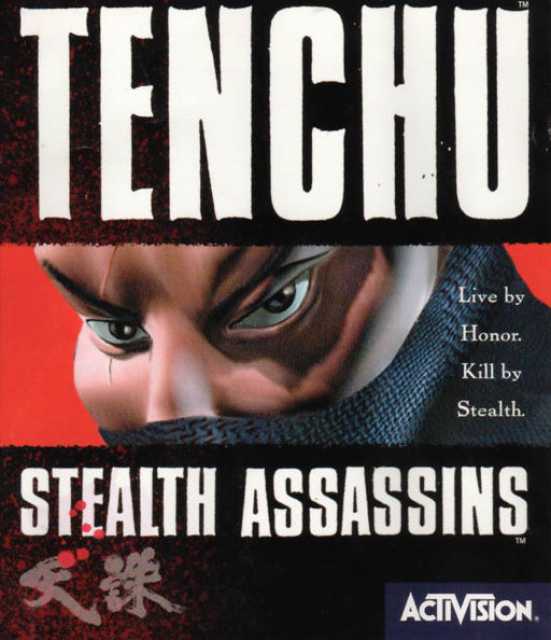