Akumajo Dracula X: Chi no Rondo, which was originally released as a CD game for the PC Engine, has been translated into English and retitled Castlevania: Rondo of Blood. A handful of additional changes have been inserted into the remake. The game also contains the original version of of Chi no Rondo, though players can still opt for the new English soundtrack.

The main change in this game is that it was remade as a 3d game in a 2d plane, so it continues to be a sidescroller like most Castlevania games are, but unlike most of the new 2d Castlevania games that came out in recent years, this one doesnt have the exploration or RPG elements of those recent games.

It resembles more the original gameplay style of the series, go from point A to point B getting rid of everything in the way.

Multiple paths lead to the end of the level and eventually a confrontation with Dracula. In each level there are hidden rewards that give new tracks for the soundtrack or even two new games to play.

Castlevania: Symphony of the Night

This game is a sequel to the main game. It takes place a few years after the first one and puts the player in control of a new character: Alucard, son of Dracula.

The game was released in 1997 for the Sony PlayStation and the Sega Saturn. First Castlevania game to use the "explore the castle - lvl up formula" of the recent games. It became a success.

The formula has been emulated and used in handheld Castlevania games for a number of years now. It seems to be a staple of the series.

The game allows Alucard to explore the rooms of Dracula's castle in any order. However, different areas are restricted until a special ability is acquired that allows passage to the new area or bypass the obstacle blocking the way. Alucard will level up by gaining experience from defeated monsters, which can done away with by using many different weapons and spells found in the game. Different weapons can mean different abilities or different approaches to the many enemies found in the game.

This is the original game as it was released on the PC-Engine Super CD-ROM2 in Japan in 1993.

Despite not being in the official compatibility list, Castlevania: The Dracula X Chronicles can be played on the PS Vita. To do this, the user must first download the game to the PS3. From there, go to Content Transfer on the PS Vita and select the game for transfer. Once complete, the game will show up on the Vita's menu. 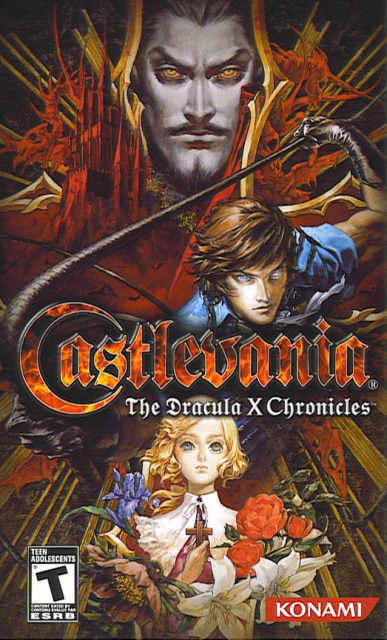