Brigandine: The Legend of Forsena

Brigandine is a strategy RPG where you take control of one of six different nations, all vying to conquer the continent. With a wide assortment of unique Rune Knights and a plethora of monster armies, your goal is to control the continent of Forsena, one castle at a time.

Formerly the Kingdom of Padstow, King Coel relinquished control of his country to Prince Lance in order to defeat the Esgares Empire and to restore the Kingdom of Almekia.

New Almekia is led by the de facto poster boy of Brigandine, Prince Lance, who holds the class title "Prince." Although Lance starts off at level 1, he has the highest growth potential within the entire game, and players who expend the time and the effort to level him will be greatly rewarded. New Almekia starts off with a balanced array of Rune Knights, monsters, and castles and is allied with the southern nation of Caerleon.

Known as the country of tigers and wolves and ruled by the White Wolf King Vaynard, Norgard's harsh snowy climate is reputed to be home to the strongest warriors of all of Forsena.The snowbound nation of Norgard is led by the White Wolf Vaynard, who holds the class title "Lord." Vaynard is experienced and powerful but levels up slowly. Although Norgard lacks any Rune Knights that over level 20 and of tier 3 class, its ranks are filled with a very strong cast of mid level with excellent growth potential. Norgard borders New Almekia, Leonia and the Esgares Empire, and players may find diffculty in maintaining its borders while simultaneously launching an overland offensive.

A small country surrounded in mist and ripe with mystery, Caerleon is ruled by the smartest man on the continent: King Cai. Caerleon also enjoys friendly relations with New Almekia to the North.

The small ocean faring country of Caerleon is led by the 'Silent Wise' King Cai, who holds the title of "smartest man on the continent" and is of the Warlock class. Cai is very high level, and has almost every magic spell in the game at his disposal. However, he is physically weak and must rely on sturdy protection in order to be useful on the battlefield. His country numbers the lowest amount of castles and Rune Knights, but is only require to defend one castle upon start up. Caerleon is allied with its northern neighbor, New Almekia.

A secluded country surrounded by tall mountains and shielded by religious fervor, Leonia is ruled by the young and fragile looking Queen Lyonesse.The secluded holy nation of Leonia is governed by the graceful and elegant Queen Lyonesse, who is of the "Queen" class. Queen Lyonesse begins the game at level 3, with abysmally low strength but with a nice repertoire of holy and healing based magics. With careful training and tutelage, Lyonesse can grow to have the highest Intelligence within all of Foresena; greater even then King Cai himself. Although defended by natural barriers, Leonia borders two of the fiercest nations on Forsena: Norgard and Iscalio. Under Lyonesse's command are an average mix of holy based Rune Knights mostly ranging from poor to mediocre in starting capabilities.

Ruled by the whimsical Mad King Dryst, this wilderness laden nation is run by a collection of oddballs, madmen and clowns. Its populace suffers daily.Lush with forests and valleys, the peaceful looking country of Iscalio is unfortunately, ruled by the 'Mad Monarch' King Dryst, who very appropriately, is of the "Tyrant" class. Dryst is high level, and starts off decently strong, but lacks the higher growth potential of that of Lance or Vaynard. Iscalio borders Caerleon, Leonia and the Esgares Empire, and serving at the whims of the Mad King are a number of very diverse and unique Rune Knights of varying strengths and abilities. These include witches, mercenaries, killer dolls and clowns. 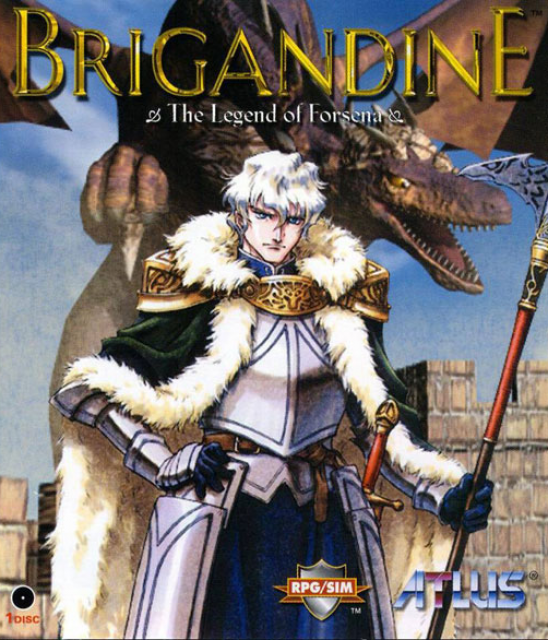