Capcom's fourth iteration in the Ace Attorney series places rookie Apollo Justice in the hot seat as the latest defense attorney looking to make a name for himself. Using an updated game engine, help Apollo prove his defense skills while solving the mysteries of the past.
Nintendo DS

Apollo Justice: Ace Attorney is the fourth entry in the mainline Ace Attorney franchise and was directed by Mitsuru Endo and written by Shu Takumi. The game takes place seven years after Trials and Tribulations and features a new protagionist named Apollo Justice. The game was originally released in Japan on April 12, 2007 for the Nintendo DS and was released worldwide in 2008. Later on the title was ported to other platforms including mobile devices in 2016 and the Nintendo 3DS in 2017.

Seven years after he was stripped of his attorney's badge, Phoenix Wright is charged in the murder of a traveler named Shadi Smith, and hires an old friend, Kristoph Gavin, to defend him, but insists that the defense attorney be a rookie attorney named Apollo Justice.

In his first case employed by the "Wright Anything Agency", Apollo is tasked to solve three simultaneous and seemingly unrelated incidents, which are eventually proven to be related to the killing of a doctor. Apollo is hired by the Kitaki family, a local gang, to defend their son in the murder. Klavier Gavin, Kristoph's brother, is introduced as the main prosecutor in this case, as well as Phoenix's adopted daughter, Trucy.

In the middle of a rock concert which Trucy and Apollo have been invited to by the band's frontman, Klavier Gavin himself, the manager of one of the guest performers is shot. Another of the guests, pianist Machi Tobaye, is accused of killing him, and Apollo is given his case.

In the test case of a new legal system, the Jurist System, Apollo takes on the case of a reclusive teenage girl, Vera Misham, charged with poisoning her father, Drew, in the middle of his first interview in seven years. During the investigation, the mysteries surrounding Phoenix Wright's last days as a defense attorney and the identity of the man pulling the strings since that incident come to light.

Taking control of Phoenix and Apollo, investigate crime scenes both past and present to prove Phoenix Wright's innocence, solving the mystery that caused him to lose his badge seven years ago. 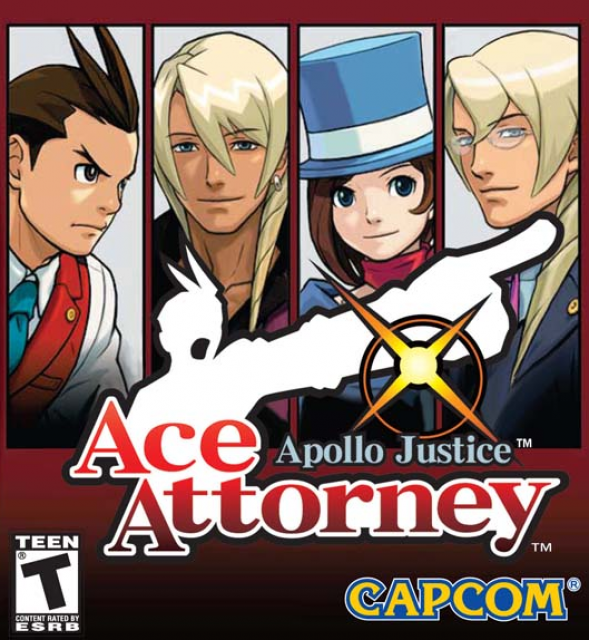