Killer Instinct is a 2D fighting game developed by Rareware and released by Nintendo (in conjunction with Midway) for arcades on October 28, 1994.

The first dedicated arcade game released by Nintendo since the Nintendo Vs. series, Killer Instinct is known for its unique automated multi-sequence combo system (with a method to escape out of the combo), single-round multi-lifebar system, and pre-rendered 3D graphics for character sprites, backgrounds (with a unique "camera pan" effect), and cutscenes.

Set sometime in the near-future, the story revolves around a powerful mega-corporation known as Ultratech, who organizes a special tournament (known as Killer Instinct) to test the strength of their experimental prototypes among other combatants (who each have a special motivation to participate).

The game was planned to be developed with Nintendo's Ultra 64 technology (alongside Cruis'n USA), but was instead run on special 64-bit proprietary hardware by Midway and Rare (which also ran the game's 1996 sequel, Killer Instinct 2). The attract mode for the game also advertised that the game would be released for the Ultra 64 in 1995, which later turned out to be false due to the system's delay.

Throughout 1995, Killer Instinct was ported to the Super Nintendo Entertainment System and Game Boy. The SNES version is known for its black-colored cartridge, 2D parallax scrolling (with Mode 7 technology for the ground), new game modes, and pack-in soundtrack CD known as "Killer Cuts". The Game Boy version is known for its Super Game Boy support, including multiplayer on the same console.

The game later received a downloadable port for the Xbox One as part of the late-2013 reboot of the series. Ported by Code Mystics and published by Microsoft, this version includes a new training mode, the ability to pick different arcade revisions, and online multiplayer. It can only be obtained by purchasing the "Season 1 Ultra Edition" (later the "Definitive Edition") of the reboot.

Killer Instinct uses a basic 2D fighting layout, where players face each other from opposite sides of an arena and move primarily left and right, attacking from standing, jumping, or crouching positions. Its gameplay expanded on other 1990s fighters in important ways, including match format, multi-part combo system, and through the introduction of "breakers."

Prior to Killer Instinct, most fighting games (including Street Fighter and Mortal Kombat) used a strict "best of three" round system. Both players started with the same amount of energy, fought until one side ran out, and restarted the fight. Killer Instinct replaced this with a 2-stage life bar where matches reset when a player loses half their life, but the "leader" keeps their current amount. (This makes "perfect" rounds more challenging, as victors must drain both bars without taking damage.)

Killer Instinct's basic joystick and button controls closely resemble Street Fighter. Its six attacks use three strengths of punches and kicks, weak, medium, and strong. Players block by holding the stick away from their opponent (and not attacking). Most special moves use quarter-circle, half-circle, or back-forward joystick movements followed by an attack. Character-specific special moves also serve as openers to a combo chain.

An unbroken, 4-part combo scores about a dozen hits, depending on the characters and moves used. (Note that the player only performs 4 distinct button presses.) Killer Instinct's combo system created longer attacks with fewer actions than most other fighting games, a system designers created to encourage deeper knowledge of each character and limit the success of "button mashing."

On defense, players can break attacker combos with a character-specific stick + button move at the start of any continuer, linker, or finisher (see Combo Breakers). Breakers end the combo's "flow" and knock the attacker back. (The match announcer says one of this game's distinctive lines, "C-C-C-COMBO BREAKER," on successful breakers.) Players must have energy in their life bar to break a combo; attackers who drain the final amount with an opener can continue their combo uninterrupted.

Once attackers deplete an opponent's life bar, they can finish opponents a la Mortal Kombat with a violent "No Mercy" move or Humiliation, which forces the opponent to dance. (Humiliations require the victor to still be on their first life bar.)

Attackers can also trigger an "Ultra Combo" (a knockout sequence consisting of 20+ hits) by inputting a character-specific move during their combo chain when an opponent's life bar flashes red (under 10% left). The game automates ultra finishing sequences, requiring no further button pressing; arcade players often removed their hands from the machine to accentuate their win and watch the combo play out.

The game was also famous for the announcer, who announced the combos after their completion as well as the iconic Combo Breaker. There were 11 types of combos, each with a distinctive name and delivery.

Killer Cuts was a soundtrack album that was released and packaged with the video game Killer Instinct on the Super Nintendo in 1995. Many of the tracks were arranged and included the character's theme songs in addition to the songs featured in the fighting stages. Although exclusive to the pack-in with the game, it could be bought via the Nintendo Power magazine catalog.

Track 16 through 29 are blank and are only a few seconds in length. Track 30 is the song used in the Humiliation finishers/dances. 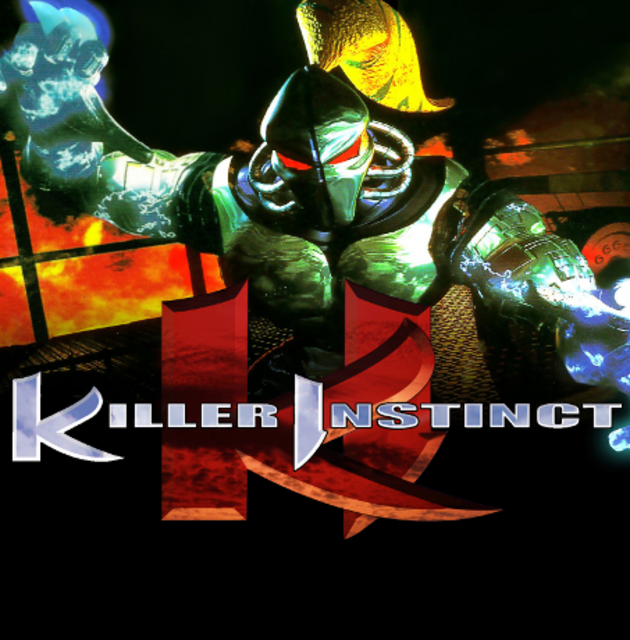