Released early in the life of the PlayStation 2, Dark Cloud is an RPG with traditional hack & slash gameplay, mixed with the Georama world construction system, and weapon development mechanics.
PlayStation 2 PlayStation 4

Dark Cloud was developed by Level 5, and published by Sony Computer Entertainment in 2001 for the PlayStation 2. Intended as a launch title for the PS2 in Japan, it was delayed for developing reasons. While its dungeon hack gameplay and world creation sim was not for everybody, it was popular enough to gain a sequel in Dark Cloud 2 and remains one of the more unique dungeon hacks ever released.

The Dark Genie, an ancient evil evil power has been awoken by followers after centuries of sleep. He unleashes his wrath upon the world, supposedly destroying virtually every person and structure in the world. One boy, Toan, from the small village of Norune survives. An old mystic reveals himself to Toan as the Fairy King, the one who saved Toan from being destroyed with magic. It is revealed that the fairy king protected all the structures, objects, and people in magical spheres before the genie could destroy them. However, the magical spheres, or Atla, were scattered into many dungeons by the genie's powers. Toan must take the sacred Atlamillia stone into the dungeons and use it to free all the people and their belongings and restore them back to their rightful place, before going on to defeat the Dark Genie.

Beginning with his home town of Norune, Toan collects the various pieces and residents of the town within the Divine Beast Cave and quickly rebuilds the town before facing the first boss within the game, Dran, the Divine Beast himself. Within the cave, Toan first encounters Seda, a mysterious man who attacks Toan in several instances throughout the game. After defeating him, Toan finds a magic potion which is able to transform a stray cat into the first companion of the game, Xiao. After bringing Dran back to his senses, Toan quickly progresses to the forest village of Matataki. There he finds the same destruction as with his own homeplace. Venturing into the Wise Owl Forest, Toan is able to bring the ancient tree, Treant, back to life and restore the village. Treant is able to give him the Serpent Sword, a legendary sword said to be the only way of defeating the Killer Snake within the forest. After doing so, Toan is able to convince Goro, a local mallet wielding resident, to join the party. After defeating Master Utan, a giant monkey in the center of the forest, Toan finds Brownboo Village where the Moon People live.

Discovering the only way of defeating the Genie is to travel to the Moon, the Moon People reveal that there is a vessel that can transport them there hidden within the Sun and Moon Temple, but to power it, the Moon Orb which (somehow) was transported to a port, Queens, which was mistaken for fruit. After fighting his way through an ancient shipwreck, rebuilding Queens and defeating the Ice Queen, La Saia, Toan and his party retrieves the Moon Orb. At this point, Ruby, a genie, joins the party after vowing to remove the shame cast on her kind caused by the Dark Genie.

With his party assembled, Toan makes his way through the desert to the Sun and Moon Temple on the outskirts of Musta Lacka. There they meet Ungaga, a warrior who is ashamed as he was unable to help his village following the attack. Fighting their way through the Sun and Moon Temple, it is quickly apparent that Ungaga's skills will be needed to make their way through the temple further. A Moon Person, Theo, that was accompanying the party brings him to his senses and Ungaga joins the party. With Musta Lacka rebuilt, Toan and his party venture into the very heart of the temple, defeating the King's Curse, an evil spirit from long ago and find the Moon Ship.

From there, the party travels to the Moon, where they discover a massive weapon which is planned to be used to combat the Genie. However, the lead designer, Osmond, lacks the parts necessary to complete the Giant and requests that Toan and his party retrieve them from Atla Spheres within the Moon Sea, a massive network of craters. With the Sun Giant complete, it requires a power source, one that can only be acquired from a competition within the Colosseum. After defeating Minotaur Joe, the Sun Giant with Toan and his party inside sets off to fight the Genie in single combat. After an epic battle, the Dark Genie is defeated and the party lands at Dark Heaven Castle.

Inside, Toan encounters Seda yet again, who reveals that he made the Genie and that the only way to truly defeat it is to travel back in time and destroy it when it was first conceived. After travel ling back in time and unravelling Seda's memories, Toan discovers that Seda was once the Prince of the East when he fell in love with a woman called Sophia. The West then waged war against the East and the East very quickly began to lose. Offered a chance to save his kingdom by a mysterious old man, Seda received vast powers that enabled him to win the war with ease. However, when he returns from the war, it is revealed that an assassin has killed Sophia and taken her place. When Seda discovers this, he is heartbroken and from this rage and sadness, the Dark Genie is born. Discovering this, Toan finds himself at the birthplace of the Genie where he engages it in combat. After defeating the Genie, Toan and his party where they return home to the celebrations seen at the beginning of the game.

Georama is the world construction mode. Each time an Atla sphere is collected in a dungeon, it can be opened and the contents can be place in the town, the player being able to arranged the objects however he\she may like. Any people or objects found must be attached to the house they belong to before they can be placed in the world. For example, Macho can not be placed back in the town until Macho's House is also found, so Macho can be placed inside of it, and the house can be placed in the world. There are also environmental elements that can be found such as trees, roads, bridges, lakes, rivers and hills. The challenge comes in when each person in the town has their own desires for the rebuilding of the town. Each person will give the player a reward if their desire is met, and if the entire town is satisfied, the player will receive a great reward. For example, and old fisherman may ask that his house be placed next to a fishing pond, however, someone else may ask that they not be placed near the old fisherman because they do not like him, and so on. Each town becomes a puzzle in itself, challenging the player to work to find the perfect placement for each structure in each town.

The majority of the game's action will take place in the large dungeons near each of the towns in the game. It is essentially a traditional dungeon hack. The player must traverse through many identical, randomly generated floors, battling monsters, collecting items and Atla, searching for the key that will take them to the next floor and the next floor until they finally reach the boss at the bottom.

The most risky aspect of Dark Cloud is the weapon deterioration. Each time a weapon is used to attack an enemy, it 'weapon HP' meter depletes a little bit. The player must use a repair powder item on the weapon to restore its WHP before it reaches zero, or the weapon will break and disappear forever. Because, as explained below, the weapons in Dark Cloud are responsible for all the stats of a character except thirst and HP, permanent weapon breakage in Dark Cloud is akin to permanent character death in other RPGs.

Unlike most RPGs in which the characters level up, in Dark Cloud, it is the player's weapons that level up. Each weapon gains experience points from killing monsters. Each weapon can also be socketed with stones that offer statistical bonuses. When the weapon levels, it will absorb the stones permanently, allowing new stones to be placed in the sockets.

Where this system becomes really interesting is when weapons themselves can be broken down into stones, retaining many of their stats, which can then be absorbed into another weapon, fusing both into a brand new weapon. The most powerful weapons in the game can only be attained by fusing many weapons together over time.

Each character in Dark Cloud has a thirst meter represented by droplets of water in the top left corner of the screen. In dungeons, the player's thirst meter will slowly deplete. To refill the meter, the player must always carry bottles of water, or find one of the springs throughout the dungeon. If the thirst meter becomes totally empty, The character's health will slowly start to deplete. Although this became less tedious throughout the game, due to the fact that the thirst meter becomes greatly elongated, ultimately it was more annoyance than good gameplay, and was removed from the sequel.

There are six playable characters, each with different strengths and weaknesses.

Toan - The main character and most balanced, Toan uses a sword as a weapon and has good attacking speed and power. He is also rather resistant to damage.

Xiao - She's a cat turned into a human by a magic potion, her weapon of choice is a slingshot, enabling players to perform long range attacks. Perfect for killing flying monsters, Xiao is also very fast, but she doesn't do much damage to enemies and due to her lack of defense can get knocked out very easily.

Goro - The son of the legendary hunter Fudoh, he uses his big hammer to cause heavy damage on enemies and also has high defense, but is also the slowest character.

Ungaga - A great warrior from the village of Muska Lacka , thanks to his spear he has a wide attack range, perfect for fighting multiple enemies at once. Like Toan he is a very well balanced character, although his attack speed is somewhat slow.

Osmond - The last ally to join the party, he uses a jetpack to fly around and a gun to attack enemies from afar, making him effective at avoiding attacks. 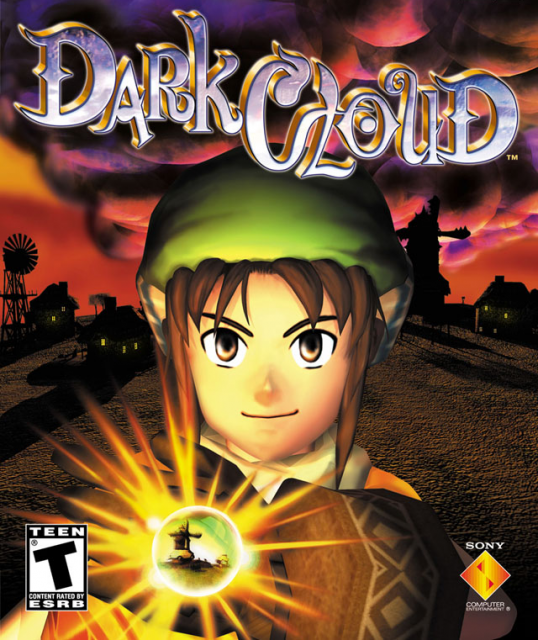