An action game in which the player controls a special agent with cybernetic hands.

Shatterhand is a side-scrolling action-platforming game. Levels have horizontal and vertical progression, designed with multiple platforms, ledges and even fences on which to grab. Levels are generally capped off with a boss battle. Though not a one-hit-kill game, the player character can take damage merely by touching enemies. The protagonist can also jump and crouch. His jump is a fair mix between tight and floaty, allowing for lenient mid-air control resembling that of a Mega Man game. He can also punch while crouching and in the air, but can only punch left or right--he cannot throw uppercuts to take down enemies above his head.

While the primary means of self-defense is this simple punch, the player character can punch crates to collect power-ups in order to summon a floating drone which attacks with a different set of projectiles every time he punches. Drones are summoned once the player collects three drone power-ups, which are denoted as either Alpha or Beta. With the three slots and the two power-ups, there are six different possible combinations. Furthermore, punching a power-up changes it to its counterpart (punch an Alpha power-up and it will change into a Beta), so the player hascontrol over which drone they want to summon. If they happen to collect three alpha/beta power-ups while they already have a drone summoned, they will then don a metallic suit that increases strength and gives the player character a special attack corresponding to the combination of power-ups they've obtained.

The player can also collect currency from crates, which can be used on power-up platforms that increase the strength of their punches; give an extra life; or replenish their health. Some crates will yield a moneybag which can be collected, but it's more beneficial to actually punch the bag repeatedly to generate extra money--similar to how one might collect multiple coins repeatedly from the same block in Super Mario Bros. games. Some creates yield grenades which will detonate after a short period of time. These cannot be picked up and must be avoided. 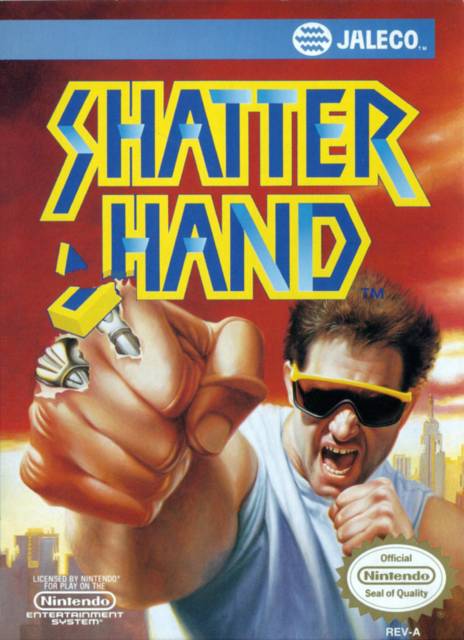