Road Rash 64 is the fifth installment in the Road Rash franchise and the only installment to come out for a Nintendo home console. It is also the only Road Rash game not developed or published by Electronic Arts.

The game was developed by Pacfic Coast Power & Light, published by THQ and released on September 22, 1999. The initial development of the game was expected to be a port of Road Rash 3D from the Playstation (which had come out a year earlier), but ended up being a much more arcade-like experience focused on the battles between riders (with power-ups and more elaborate weapons) rather than the racing aspect that its Playstation brother was known for. While most reviewers found the gameplay to be highly enjoyable, the game's graphics were commonly regarded as "poor".

Going through a variety of locales, the object of the game is to win races and gain money to buy better motorcycles. Central to the racing is vehicular combat, where you can use either weapons or your bike to knock other riders off of their bikes. Weapons can be stolen from the attacker by hitting the attack button with no weapon equipped while being attacked by a rider with a weapon. Being knocked off your bike would result in a few seconds of delay before respawning. While the gameplay is very open and almost all areas are drivable, if you crash while cutting across the map, you will get a message "Cheaters never prosper" and are spawned at an undesirable spot of the road.

Being hit results on your health bar going down, and losing all health would cause you to fall of your bike. Below that health bar is a bike health bar, crashing too many times will bring this bar down, and once it runs out you fail the race.

Police will often chase you during races, at which point you can either knock them off their bikes or ignore them, however they do have powerful nightsticks that they will use to knock you off your bike. If a policeman knocks you off your bike, you are busted and lose the race.

Races often have the opposing riders grouped into gangs that will help each other by knocking out other riders. Eventually you join a gang of your own, who do not hit you unless you hit them too often.

A hidden game mode allows the player to race with scooters. While they may not be fast, it allows you to focus much more attention on attacking the AI, and the slower speed and ridiculous look of the riders on these bikes adds a comedic aspect to the races.

The final bike that you can buy is extremely powerful and has a top speed of over 300 miles per hour. These bikes can only be raced on specific track layouts due to their power, listed as "Insanity" in the game. Accelerating too quickly will cause you to do a hard wheelie, often causing you to crash. The increased frequency of wrecks on these high-speed bikes typically will cause the player to "damage out" substantially faster than in the standard game types. 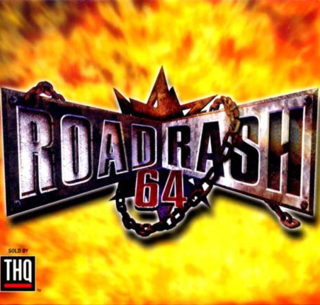