A vertical space shoot 'em up game originally on Arcade machines which then moved to the NES. It was SNK's first game for the Nintendo Entertainment System.

Alpha Mission (or ASO: Armored Scrum Object, as its known in Japan) is a vertical-scrolling shoot-em-up from SNK, released in Arcades in 1985 and on the NES a year later.

The game is a typical scrolling shoot 'em up of the era, though one of the earliest to adopt an idiosyncratic power-up system when the genre was first experimenting with the concept. Unlike, say, Gradius, in which the player collects a currency of sorts and spends them on their desired power-up, Alpha Mission requires that players target pyramid structures on the ground (similarly to Xevious) and collect the letters that appear. Each letter provides a different type of power-up, and also includes the "energy" (represented with the letter E) required to use them. There's also a few negative "power-downs" included as well, including a backwards E that will actually deplete the player's remaining energy reserves. 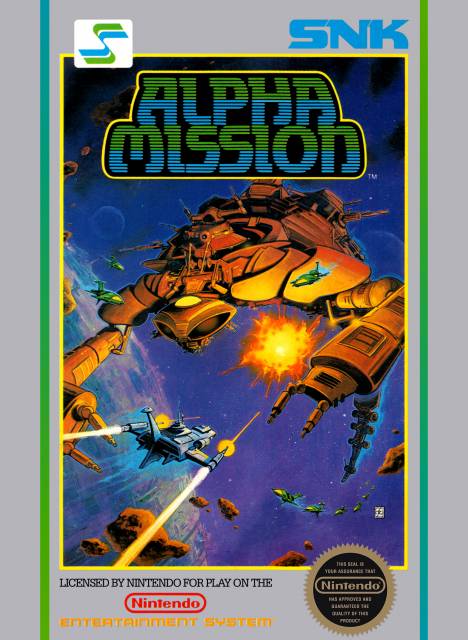