Cold Fear is a survival horror game by Ubisoft where you play as Tom Hansen, a U.S. Coast Guard sent out to board a drifting Russian whaling ship in the middle of a howling storm on the Bering Sea. Things quickly go sour and Tom must fight to survive.
PlayStation 2

Cold Fear is a third-person action/survival horror game where players attempt to survive on a Russian cargo ship and in the second half of the game make their way through a mining station in the middle of the ocean.

The game uses a third-person perspective while walking and an over-the-shoulder camera during combat. The gameplay is similar to Resident Evil 4 except for the ability to go into an alternate aiming mode and the ability to shoot while moving. The game is relatively straight forward in that it follows a basic survival horror model: fight, solve puzzle, and explore the map. The game's most notable feature is probably its environment. The Russian cargo ship is tossed around in the ocean affecting the player's movement in real time. Occasionally the player has to brace themselves against a railing in order to remain steady and avoid falling overboard.

Many of the game mechanics such as the ability to shoot while moving, the various enemies and environments, and button pressing sequences when grabbed to inflict critical damage and break free feel very similar to the later game Dead Space.

In Cold Fear, the player assumes control of Tom Hansen, a U.S. Coast Guard who responds to a distress signal from a Russian cargo ship in the middle of the ocean. Once aboard he quickly finds that this is no ordinary cargo ship, roaming the ship are mercenaries and a mysterious zombie-like creatures called "Exos". After his team is killed, Tom must make his way through the ship, trying to assist a young woman he finds being held captive. After the ship crashes into a mining platform where the Exo outbreak originated, Tom must make his way through the platform, trying to put an end to the madness.

In terms of weaponry, the game features a .45 Caliber Handgun, a combat shotgun, an MP5 sub machine gun, an AK47, a grenade launcher, a flamethrower, and a spear gun. Most weapons feature laser sights and some, such as the MP5 and handgun, have flashlights built in.

There are a variety of enemies in the game. The basic 'recently infected' Exos resemble zombies and their heads must be destroyed either by headshots or by stomping on them as they are downed. Later on in the game other more drastically mutated enemies show up and require different tactics to take down. 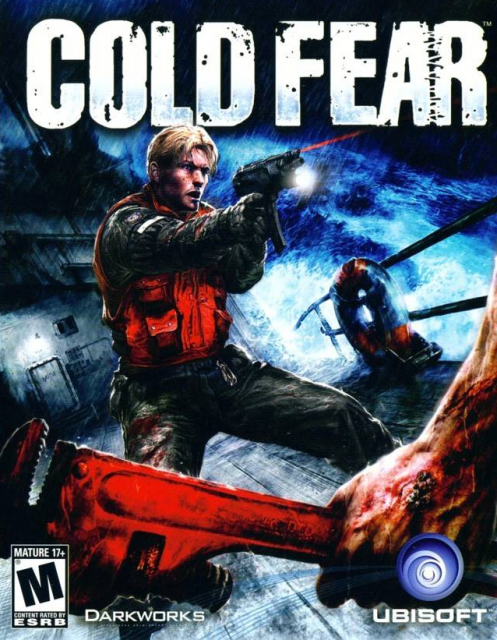