Painkiller: Battle Out of Hell

Daniel Garner is back and must fight his way out of hell, as the forces of Hell are out to enslave his soul for all eternity.

The Original Painkiller placed player's the boots of  Daniel Garner, and gamer's followed him through his trip through Hell itself. This official expansion continues where the original game left off, Lucifer has been killed, and his position as ruler of Hell is now open for the taking. Alastor, one of the Hell's Army's Generals, has risen to power and plans to trek Daniel Garner and make him suffer for all eternity. Daniels only way out of the mess is to follow Eve and battle his way out of Hell. In Daniels travels, he visits terror ridden regions like a denomic childrens orphanage, with possessed children, a hell spun Carnival, and even a World War II russian battlefield thats been overrun with demons. The expansion adds on about 6 extra hours of gameplay, and added new weapon combos as well as new tarrot cards. In the end, Daniel Garner kill's Alastor and defeats his army of darkness. Eve thanks Daniel for his efforts and offers him the position as second in command of Hell, but Daniel then raises the Painkiller at her and the screen fades to black, therefore leaving the player up to decide the outcome, and leaving the developers open to a sequel if they ever wanted one.

This expansion was later packaged with the original game under a gold edition. 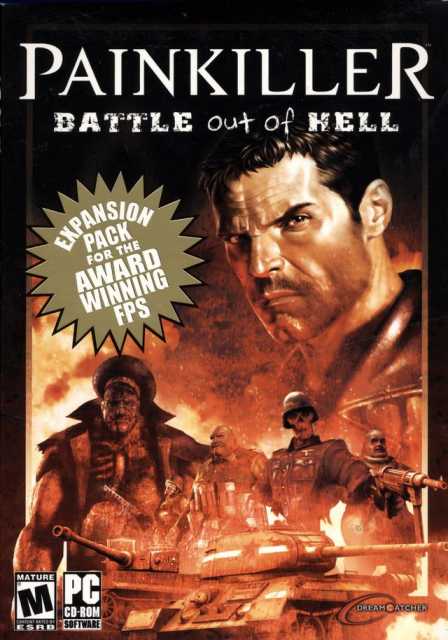