Fight bugs and try to stay alive in this lackluster Wii game.

Escape From Bug Island is an early-generation Wii title that was released in North America on July 24, 2007 by Eidos.  The game is entitled  Necro-Nesia in Japan.  In the game, the player must stay alive after journeying to an island infested with giant, mutated insects. 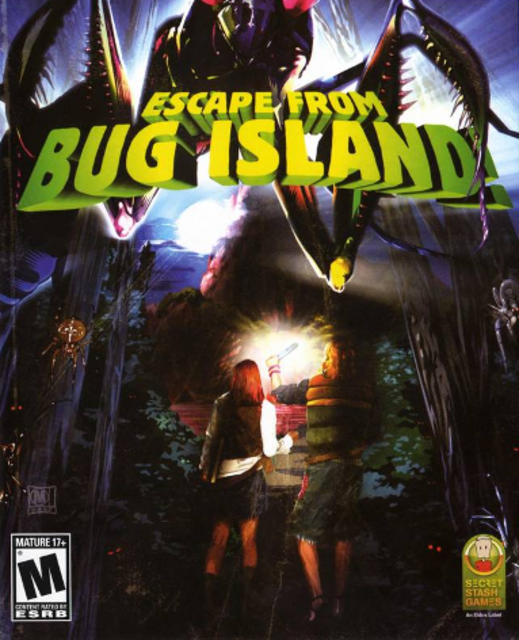