Omega five starts out with two playable characters and 3 power up types, red, blue, and green.

Tempest: a four armed alien, armed with a cannon.
Power ups:
Red: Fires lava that is capable of auto targeting.
Blue: Fires water, it can be concintrated in a solid beam or sprayed.
Green: Fires mercury that clings on and deals damage over time. it also has a homing shot that fires in all directions

Rudy: a Woman with a small robot, armed with a rifle. She can also fire her robot out and latch on to ships, draining there life, and to destroy bullets.
Power ups:
Red: Fires many weak bullets.
Blue: Fires a laser and lvl1, Two lasers at lvl2. at lvl3 the lasers will bounce off walls.
Green: fires lightning. 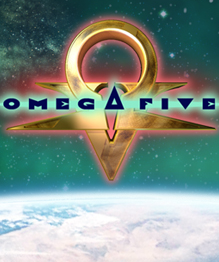