Mobile Forces is an multi-player focused FPS with on foot and vehicle based combat in a variety of mostly team based multi-player modes across vast maps.

Mobile Forces was created by the Rage Games' Scottish studio, Rage Games Scotland Ltd. which became Realtime Worlds in the late development cycle as Rage Games went bust in late 2002. The game utilized the first generation of the Unreal Engine, taking advantage of it's ability to render vast terrains, suitable for the vehicle focused game play. The game includes four different vehicles, the light-weight Buggy, the mid-range Hummer, the APC and the heavy Tank, as well as the standard assortment of weapons for military shooters of the time, including sniper rifles, assault rifles and shotguns,

The game was primarily designed for multi-player over the Internet or LAN, the single-player option, like in contemporaries Unreal Tournament and Quake III Arena, is only a bot-match mode where the player progresses through the multi-player levels while fighting against computer controlled bots. 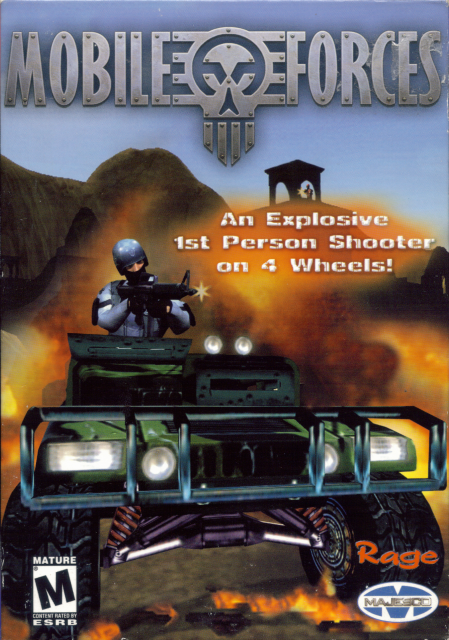