Metro 2033 is a post-apocalyptic first-person-shooter, set in the underground community built in the ruins of a Russian municipal train system, based on the best-selling novel by Dmitry Glukhovsky.

Metro 2033 is based on a novel by Dmitry Glukhovsky and takes place in Moscow, Russia, in 2033 after an atomic war two decades earlier that almost destroys mankind and turns the Earth's surface into a poisonous wasteland. The only survivors of the tragic event took shelter in the train system tunnels beneath Moscow. The stations are converted into makeshift towns and residents live their day-to-day lives in fear of creatures that lurk on the surface and in the tunnels.

The protagonist in Metro 2033 is a young man named Artyom. When he first is introduced to the horrifying monsters that lurk in the metro and in the streets of Moscow, he'll also be informed that there is a newly discovered breed of mutants which threaten Artyom's home station. His concern for the safety of his home station drives him to head out on a journey to complete a quest given to him by his friend, Hunter. The quest entails Artyom getting through the tunnel system to reach Polis, another human station, to warn them about the threat. This also involves Artyom having to go above ground to the surface in some occasions. If Artyom manages to reach his destination he also hopes to be aided with the help of Polis to defend his own home station.

The protagonist in Metro 2033 is a young man, 20 years old, named Artyom. He was born only a year before the world as we know it was turned into a deadly wasteland after the atomic wars. Having been raised underground as a child, the metro is the only life Artyom has seen and experienced. But over time living in the metro, Artyom heard stories of the lost world above the metro tunnels.

Hunter is a so-called ranger. A ranger could be described as a sort of soldier. He is a friend of Artyom, or more directly a friend of Artyoms stepfather. When Artyom meets Hunter they have to make a stand at Artyom's home station, Exhibition, to fight against an incoming flock of mutants. After the mutants are fended off, Hunter goes back into the deep and dark tunnels of the metro, only leaving Artyom with a quest to head for a place called Polis and to find a guy named Miller. Hunter also leaves a dogtag behind for Artyom so when he finds Miller, he would know that Artyom was sent by Hunter. Hunter never returned and Artyom's quest begins.

Miller is a character Hunter tells Artyom to find in Polis. Finding Miller is the major objective of the first half of the story. When Miller is informed about the situation going on in the tunnels, he joins Artyom in the quest to stop the Dark Ones from destroying mankind. Miller is a ranger like Hunter.

The gameplay of Metro 2033 is viewed from a first-person perspective. The whole atmosphere above Moscow is poisonous from the war, forcing the player to wear a gas mask when going out into the streets. This mask is essential to the player's survival, but it takes management to keep it functional. The air in Moscow is so polluted, the mask's filter can get clogged quickly, forcing you to scavenge for replacements. The mask's visor can also crack and break during combat, forcing the player to quickly switch to another gas mask as humans can be exposed to the polluted air for only a few seconds. This also counts for enemy characters, if you manage to shoot off their gas mask. Players can keep tabs on the mask's current air filter by raising a watch on Artyom's wrist.

Ammo is very scarce in the world of Metro 2033. It's even worse since the currency of the metro is, inexplicably, pre-blast ammunition. The more common weaponry found in the game is low-quality garbage crafted after the nuclear blast by weapon crafters within metro communities, while pre-blast weaponry and ammo is seen as a scarce rarity. Being more accurate and more powerful, those weapons and ammo are sought after for either armament purposes or trading purposes. The player can choose to keep the ammo and use it against enemies for a heavy advantage or use it as currency for trade.

A staple in most survival horror games, Artyom also has a flashlight to see areas that are too dark. The flashlight can be strengthened by means of a crank, but it never goes out.

The game also offers stealth options. The player can opt to shoot or blow out (if applicable) light sources to make a stealthy approach to either attack from a better position or avoid the enemy altogether. Throwing knives, pneumatic weaponry, weapons outfitted with a silencer and your own standard knife help you finish off enemies silently. Night Vision Goggles can be acquired at various points throughout the game to help the player move with more ease in completely darkness without resorting to either use the flashlight or lighter which makes detection all that more likely. The enemy commonly has traps set up in the form of tripwires to counteract the player trying to move in silently if they do not pay attention to their surroundings.

Throughout the game you will encounter different kind of enemies. There's mutants, and then there's humans. You will need to use different tactics depending on what enemies you are fighting against. The first mutants you encounter are called Nosolises, and there's about 3-4 different versions of them, but apart from the looks they are the same. Nosolices only attack in big groups, so if you meet one, more will come. Then there's the lurkers which is smaller, and faster mutants, and like the Nosolices, they only attack in groups, though smaller ones. When outside you will encounter the flying mutants called Demons, though these are pretty much optional to kill. You will only meet the Demons once at a time. The last mutant you will encounter is the Librarian, a large creature that absorbs a great amount of damage. When fighting Librarians, it possible to face off with the creature in order to establish dominance - thereby causing the creature to turn around and move away from you. When you're fighting against the humans, there will be Nazis, Communists, and regular bandits. Later in the game, the human enemies will get better armor, and helmets, which will make it difficult to take them down silently.

There are two final endings to the game. The first, "bad", ending consists of destroying the Dark Ones which try and make peace using their telepathic ability to guide you upon enlightenment. Ignoring the call of the more enlightened beings and doing what you are told by your fellow defenders of the human post-apocalypse society, Artyom destroys the hive of the Dark Ones with the missile salvo guided from D6. Prior to the launch, Artyom is sent into a trance where he kills the one guiding him to "enlightenment". The "good" ending is achieved by having Artyom listen and follow the voice of the Dark Ones throughout the game and the same sequence plays out at the tower except you have the choice to destroy the guiding equipment. By saving the Dark Ones, Artyom demonstrates human compassion and cooperation instead of destruction in the face of the post-apocalypse. Either ending isn't morally clear as Artyom can see himself as fighting for his family and friends against a foe he does not understand. To be on the safe side and to justify all the trouble and death, he follows through with the Ranger's plan. However Artyom can also be the one that breaks the cycle and seeks an avenue of peace and understanding but at the potential compromise of his home.

The Ranger Pack is a downloadable add-on to the main game, It introduces a 'hardcore' ranger mode which has various effects on the game. Ammo becomes more scarce, although the power of each weapon is increased. Enemies in the game also become more powerful in this mode. This mode also removes the HUD and introduces two new weapons: the Volt Driver and a heavy automatic shotgun. The Ranger Pack is free on PC and 240 Microsoft points on Xbox 360.

The 4a Engine is the graphics engine made by 4a Games. These programmers also developed the X-Ray engine which was used for the S.T.A.L.K.E.R. games . It has:

For the PC version of the game, there will be full PhysX support as well as DX11 effects on the characters only, while the rest of the game will be rendered in DX10/9.

THQ announced on 2/19/2010 that the PC version of Metro 2033 will include Steamworks, and also have support for Steam Achievements, auto updates, and in game DLC as well. 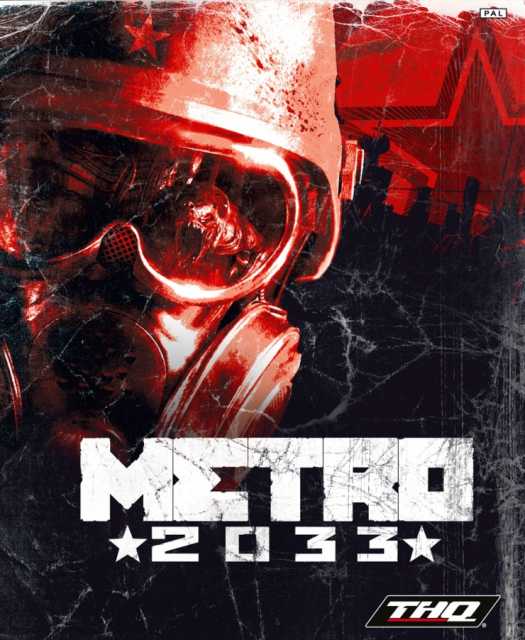