The Lord of the Rings: Conquest

A multiplayer action game developed by Pandemic Studios set in the Lord of the Rings universe.
Xbox 360 PlayStation 3 Nintendo DS

The Lord of the Rings: Conquest is 3rd-person multiplayer action game based on the The Lord of the Rings franchise in the vein of the Star Wars: Battlefront and Star Wars: Battlefront II developed by Pandemic Studios. A demo was released on the Playstation Network on December 23, 2008, and on the Xbox Live Marketplace on January 2, 2009. The full game was released on January 13, 2009.

There are two playable campaigns in The Lord of the Rings: Conquest. In the first, the player sides with men, elves, and dwarfs trying to save Middle Earth from Sauron. This campaign includes the famous battles for Minas Tirith and Rohan. In the second campaign, the player sides with Sauron in a scenario in which Frodo fails to destroy the One Ring, and it is recovered by Sauron's forces. The objectives within campaign missions range from defending a position, to killing a certain number of enemies, to assaulting and capturing command points. There are generally multiple ways to complete objectives, including standing back with a bow and arrow, riding horses or other large animals from the Lord of the RIngs universe, or using siege weapons, although some of these weapons or methods must be unlocked through play.

The gameplay is very similar to that of the first two entries in the Star Wars Battlefront series, which were also developed by Pandemic Studios. The battles are based around command points that the player must defend or capture. The game contains four main classes, the scout, warrior, archer and mage. The archer and mage classes both operate in the shooter model popularized by the first two Star Wars Battlefront games. There are also heroes that can be played in parts of the campaigns, such as Aragorn, Gimli and Sauron. Once you complete the first campaign, you can play through the second, evil campaign. In the evil campaign, Frodo is caught dropping the Ring into Mount Doom, and goes back through Moria, Weathertop, the Shire, and more, ending with a battle at the Elven home of Rivendell. This concept is not unique, as games such as The Lord of the Rings: Battle for Middle Earth 2 featured evil campaigns with events that did not actually occur in the series.

Two game modes discussed by the developer discussed before release were Ringbearer and Stronghold. In Ringbearer, one player plays as Frodo and the remaining players as Nazgul. Frodo must stay alive and evade the Nazgul as long as possible. The Nazgul that kills Frodo becomes the new Frodo. Stronghold is similar to Star Wars: Battlefront's Galactic Conquest mode. However, neither mode made it into the final release of the game. On March 16, 2016, the online multiplayer modes where shut down on all platforms.

Like Star Wars: Battlefront II before it, Conquest features powerful hero characters for both sides of the conflict. Fan favorites such as Aragorn, Legolas and Gimli are included, as well as powerful evil hero characters such as the Balrog, Saruman and Sauron. The various heroes are essentially more powerful versions of the existing classes. For example, Aragorn is an upgraded Warrior and Frodo behaves like a Scout.

Each class has one unique style from a possible five - Melee, ranged, stealth and magic.

Warrior: Primarily a melee based combat unit that uses swordplay. They gain strength to unleash powerful attacks and can set their swords on fire. Secondary weapon are axes to throw at enemies.

Archer: The ranged based unit that uses a bow & arrow in combat. Various arrows are available to the player such as poison to do damage over time, fire to knock down enemies and a triple shot to attack multiple targets. Also has a close quarter attack to knock an enemy back.

Scout: Has the ability to move unseen with great stealth.Carries two daggers, has the ability to cloak and can kill units from behind by surprise. The ranged attack is satchel charges filled with explosives to throw from a distance.

Mage: The magic class, primary attack consists of lightning which can be charged for a greater damaging attack. They have the ability to heal allies and use the staff for melee combat. The mage can create an orb to protect himself and others around him from ranged attacks however is vulnerable to melee combat while doing so.

Any AI Unit can ride a mount, these include horses for the allies and wargs for the enemy team respectively. The mounts can cover ground quickly, however damage will result in the player being dismounted. Melee weapons such as swords can still be used while riding, and players can also trample enemies by riding over them.

-The Great Hall of Moria

This pack is available here.

-Battle of the Last Alliance

This pack is available here. 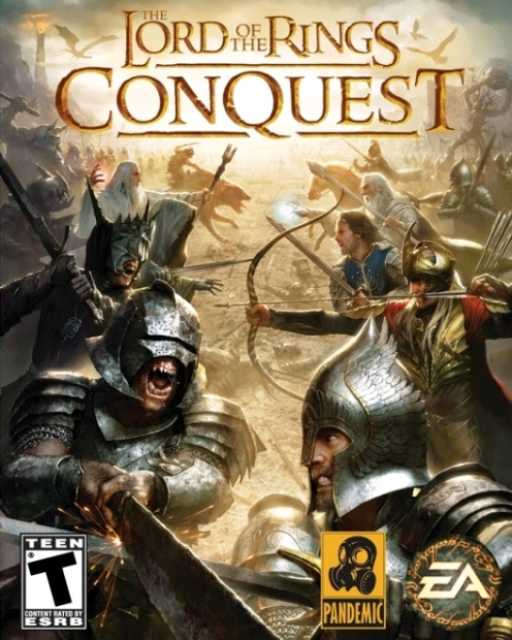