Black Powder, Red Earth is a social game from Echelon Software. Originally planned as a first-person shooter set on Mars, in this more interesting incarnation, its ongoing creation was the focus of the online miniseries "Indievelopment".

Black Powder, Red Earth is a game made by Echelon Software. It was originally planned as a first-person multiplayer shooter taking place on Mars (hence the title), but despite a promising start and considerable work done, the development team failed to get support from a publisher. The final product was a "social role-playing game" released on Facebook in 2010.

Echelon Software debuted its project in March 2007 in a ten part reality mini-series on GameSpot entitled "Indievelopment." The premise of the show was to inform aspiring game developers the financial, social, and psychological hardships that arise when making a video game. Echelon Software's commitment and hard work is fuelled by large consumption of Monster energy drinks. Throughout the course of the series, Monster energy drink cans are stacked in the office. It does not take the team long to form a nice pyramid out of the cans. The noticeable moments arose when the team argued and disagreed over gameplay mechanics and online functionalities. The team acquired the Unreal Engine III to help showcase their game to publishers.

The features of the first person project were to be as follows: 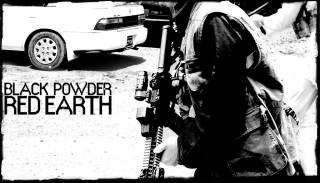