Aion: Tower of Eternity is an MMORPG by NCSoft with a unique PvPvE system using the first CryEngine. Originally released in Korea, it was relaunched for China, Japan, Taiwan, North America and Europe in 2009.

Aion is an MMORPG developed by NCsoft, set to release in September 2009 in NA/EU. What makes Aion different from other Eastern MMORPGs is its use of free flight as a part of combat and the use of the concept PvPvE. The game features three races - the Elyos, the Asmodians and the NPC race Balaur. More information can be found on the Official Aion Website here.

The ability to take flight is a big part of Aion. You gain the ability to fly at level 10, after completing a quest. The total air time is currently restricted to one minute, which is enough for short aerial fights and can give you an advantage over your opponent.

The events of Aion takes place on a planet called Atreia. The planets inhabitants do not live on the surface, but on the inside. Atreia is divided in two halves. The Asmodians lives on the upper half and the Elyos on the lower. The lower part of Atreia is blessed with more sunlight than the upper part. Because of this, the Elyos world is a brighter place, filled with life, while the Asmodians world is darker.

The area between the two halves is called the Abyss. This is where the PvPvE takes place.

The world of Aion consists of three factions; The Asmodians, The Elyos and The Balaur. However, The Balaur is not a playable race.

Brave and Hardy folk, they occupy the upper half of Atreia,known as Asmodae separated from the Elyos by the Epic Cataclysm. The world is dark, cold and full of despair. However, the Asmodians are not one to give up, as they have prospered in this sombre land. As a result of the darkness, their bodies began to change, their skin grew pale and they developed an otherworldy glow about them. Asmodians are extremely loyal, and are more than willing to sacrifice their own life to protect that of a comrade. The Asmodians follow the leadership of the five Empyrean lords sent to protect the Tower of Darkness. Together, they have established the mighty city of Pandaemonium.

Occupying the upper half of Atreia, known as Elysea; they found themselves bathed in sunlight for over 750 years after the Epic Cataclysm. As a result, The Elyos have transformed into a bright and radiant people. This splendor has led them to become arrogant, seeing themsleves as blessed by Aion while they look down on the Asmodians as cursed creatures of the darkness. The Elyos are kind and comforting as a people, however there is no such benevolence for their enemies.The Elyos serve the five Seraphim lords who had helped them construct their vibrant and powerful city of Sanctum.

The mere mention of The Balaur invoke terror and fear for the destruction and carnage at their hands. As a strong and highly intelligent race, orginally created to rule the populations of the planet, they soon became obsessed with power and servitude. Their obsession led to threaten The Tower of Eternity and violated the restrictions placed upon them by the Aion. As a result, The Aion were forced to create the Empyrean Lords to safeguard the planet and its inhabitants from extermination. But the Balaur fought back, and after a bloody war against the Epyrean lords and the destruction of the Tower of Eternity, The Balaur were banished and sealed inside the Abyss.

In Aion, there are four basic classes when you first create your character. As you progress, you can choose one of two more specialized classes.

One of the four primary classes in the game, the Warrior focuses on pure melee skills. The warrior primarily uses skills involving melee DPS and tank abilities, with Health and Power being the strongest and most important stat. At level 10, the Warrior can choose a specialized class: the Gladiator or the Templar.

The Scout focuses on the aspects of speed, agility, and awareness to defeat its enemies. They can only equip light armour allowing them to move quickly but sacrificing the ability to take a beating like a Warrior. The Scout relies on using its stealth and high critical hit skills at close melee range, counting on high DPS to overcome its foes. At level 10, the Scout can choose a specialized class: the Assassin or the Ranger.

The Priest is the backbone of any successful group. Their unique ability to heal their teammate's wounds should not be underestimated. However, Priests have weak offensive abilities when compared to other classes, the combination of both makes the Priest very versatile.

The Mage is almost entirely a ranged DPS class. Using a combination of direct damage, damage over time, and crowd control spells, the primary skill is to defeat your foe before they can close the distance. As expected, at melee range, a Mage has very little survivability short of relying on a root or snare to trap their foe while they move out of melee range again. At level 10, the Mage can choose a specialized class: the Sorcerer or the Spiritmaster.

Currently in South Korea and China, players purchase time blocks in a "pay as you play" system. The system is built up by time blocks, each worth 2.05 hours and approximately $5.50 (US). However, you can purchase these blocks in bulk and save. This has only been announced in South Korea and China, as in the EU and NA it will be a monthly subscription of $15 (US) per month.

The music for Aion was composed by Yang Bang Ean. Track listing: 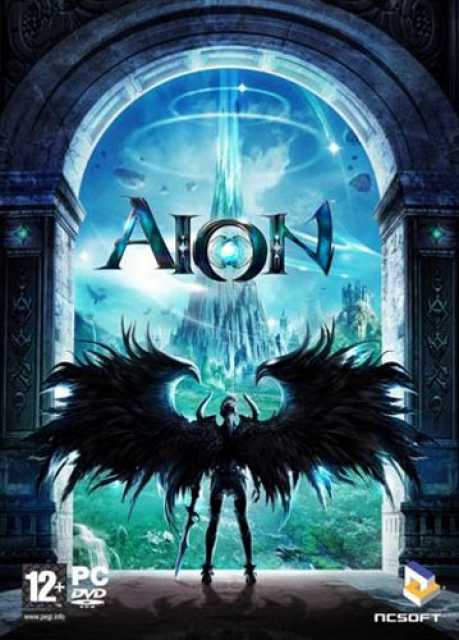